Maybe Joe Biden should stay in his basement — even if (perish the thought!) he wins the presidency. Not that he comes off that much better in his basement bunker than on the live stage but that we are spared watching his parade back and forth as he pontificates wearing — for some reason — a chin strap.

Here he is on June 1, explaining how if Donald Trump had taken his advice on COVID-19 in January, we’d have fewer deaths today. (We already have fewer deaths that he claimed in an interview on May 2, when he placed the death toll at over 600,000, but I digress.)

Joe Biden on the coronavirus pandemic:

"If [Trump] had shut it down a month earlier, we'd have probably another 45-60 thousand people alive instead of dead… He didn't listen to guys like me back in January saying 'we have a problem'" pic.twitter.com/YPIq0OPmSL

So what did Biden advise in the early stages of the pandemic? Here’s a statement he made on Jan. 31, addressing Trump’s ban on travel from China:

This is no time for Donald Trump’s record of xenophobia — hysterical xenophobia — and fearmongering to lead the way instead of science.

Interestingly, by April, Biden had not only done an about-face on the travel ban but upbraided the president for taking too long to impose it.

Biden also chided Trump in his April remarks for not “listen[ing] to the Faucis of the world.” The reference of course was to authorities like Dr. Anthony Fauci, Director of the National Institute of Allergy and Infectious Diseases. But Fauci by that point had been appearing on national television at Trump’s behest nearly everyday as a key member of the White House coronavirus task force. Trump had been listening to him.

Maybe the problem for Biden is that the TV in his basement (it is right next to the record player!) only gets one station and it’s the one that broadcasts reruns of “Gilligan’s Island.”

How to reduce abuses by the police
Next Post
Dem Rep. Eliot Engel on hot mic: ‘If I didn’t have a primary I wouldn’t care’ about protests 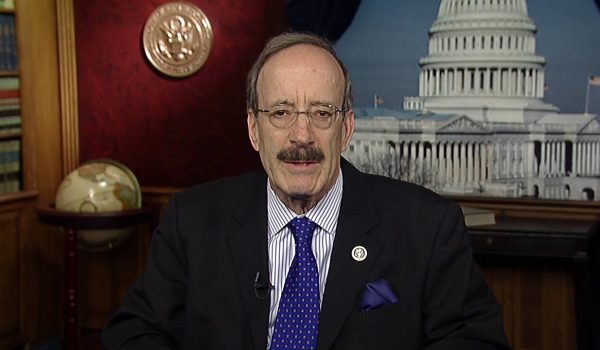