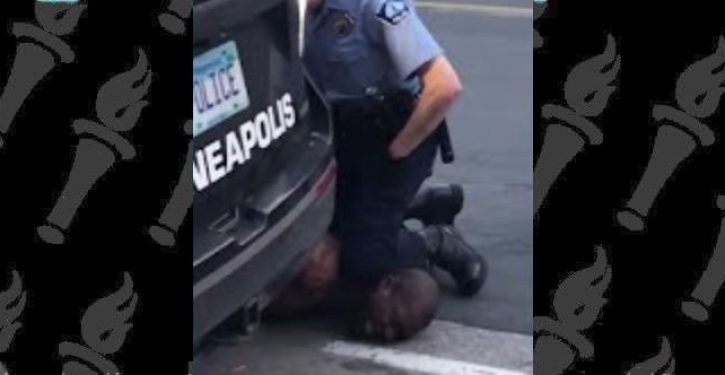 Derek Chauvin, the former Minneapolis police officer who was captured on multiple video streams kneeling on the neck of suspect George Floyd, even as the man complained he couldn’t breathe, has been charged with third-degree murder and manslaughter, according to Hennepin County Attorney Mike Freeman.

CNN reports that Freeman is anticipating charges against the other three officers involved in the incident, quoting him as adding:

We entrust our police officers to use certain amounts of force to do their job to protect us. They commit a criminal act if they use this force unreasonably.

CNN further states, citing the criminal complaint, that Chauvin, had his knee on Floyd’s neck for 8 minutes, 46 seconds. For nearly three of those minutes,  Floyd was unresponsive.

If found guilty of murder in the third degree, Chauvin faces a maximum sentence of 25 years in prison. If found guilty of manslaughter, the penalty is a maximum of 10 years and/or a $20,000 fine. Neither outcome would likely satisfy Floyd’s brother, Philonise, who said he is seeking the death penalty for all of the officers involved.

It is hoped that the prompt action on the part of the county will mollify protesters, who have been clamoring for justice.