Northam was seen on the beach reviewing security at the beach without a face covering, local outlet NBC12 reported Saturday. The governor’s office later explained in a statement that Northam was “not expecting to be within six feet of anyone.”

“The Governor has repeatedly encouraged wearing face coverings inside or when social distancing is impossible,” Northam’s office said. “He was outside today and not expecting to be within six feet of anyone.”

Northam’s office said the governor “wanted to check beach enforcement and make sure they were following the rules, which they were largely.”

Photos posted on Twitter appear to show an unmasked Northam standing within six feet of other maskless people on the beach.

Do as I say, not as I do. pic.twitter.com/0oFQKdIvWx

*I do not own these photos. Additionally these photos were taken today. Beach Ambassador present and others wearing masks. Same outfit. pic.twitter.com/uRW8yOEHh4

Northam told reporters at his daily briefing Friday that a new mask ordinance is coming Tuesday. “Face coverings are an important part of the next steps. We’ll have more on that next week,” he said, adding that he is asking Virginians to obtain face masks for themselves and children over the weekend.

The Democratic governor said on May 21 that he does not have a “particular timeline” for reopening northern Virginia after implementing stay at home orders in March. He delayed reopening on May 12 after some local leaders expressed concerns that their communities should not yet reopen.

Northam said he is “following the data” as he prohibits Northern Virginia from reopening, according to the Washington Times.

More than 1,000 people have reportedly died in the state since the coronavirus pandemic hit the United States.

Northam’s office has not responded to the Daily Caller News Foundation’s request for comment.

Alyssa Milano’s face mask reveals everything you need to know about the Left
Next Post
Cartoon of the Day: Power Hunger Games 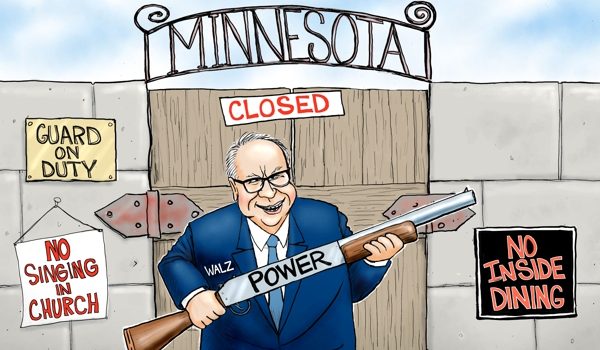