“It’s been a White House tradition for decades,” NBC News writes. “A first-term president hosts a ceremony in the East Room for the unveiling of the official portrait of his immediate predecessor that will hang in the halls of the White House for posterity.” But now, “according to people familiar with the matter,” Donald Trump will be spurning the tradition, meaning that if he “wins a second term in November, it could be 2025 before Obama returns to the White House to see his portrait displayed among every U.S. president from George Washington to Bush.”

Oh, noes! Donald Trump, the most renegade president in the history of the universe, plans to trample another time-honored tradition.

NBC claims Obama “has no interest in participating in the post-presidency rite of passage,” at least so long as Trump is president, but that again is according to “people familiar with the matter.”

Count me skeptical. Obama is a man of towering ego and preternaturally thin skin. During his presidency, he loved nothing more than to post shots of his mug on Twitter, even (especially?) when it was inappropriate, such as on the occasion of a notable American’s passing.

Plus, this would have been a chance for him and his wife to return to the White House, for a grand unveiling of both their portraits in the East Room.

Whether Obama is offended or not, NBC clearly is. The article accuses Trump of having “attacked Obama to an extent no other president has done to a predecessor.” The network must have called in sick on the umpteen million days that Obama bitched and moaned about “the mess” he “had inherited from George W. Bush.”

But don’t take NBC’s word for it. The article quotes presidential historian Michael Beschloss as lamenting:

You’ve got a president who’s talking about putting the previous one in legal jeopardy, to put it nicely. We have not seen a situation like that in history. It takes antipathy of a new president for a predecessor to a new level.

Indeed there’s never been a situation in history where an outgoing president has been implicated in a conspiracy to delegitimize his successor’s transition to power, and on grounds, ironically, that characterize his own malfeasance: claiming to have evidence of interference in an election.

Then again, I wouldn’t expect a more realistic perspective from Beschloss, who in November of 2008 proclaimed Obama to be the smartest man ever to be elected to the presidency. 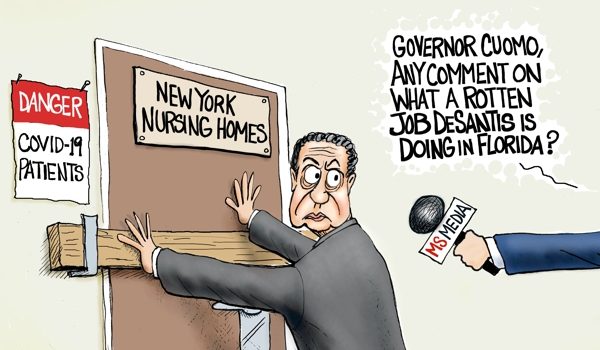