CNN’s Brian Stelter (aka “The Weeper”) tore into the “right-wing media” in a recent edition of his show “Reliable Sources” for taking their eye off the ball — the ball, in this case, being the still-rising death toll from COVID-19 infections.

“It’s like New Orleans floods every day. It’s like the planes go into the towers every day,” he preaches, adding:

And to look away or act like it’s now normal or acceptable is a disgrace to the victims. It’s so disappointing to look at what we’re seeing from the right-wing media these days — there’s such an obsession with the deep state and these revelations about the Russia probe and the decision about Michael Flynn; they’re treating the Michael Flynn story like it’s bigger than the death of 2,000 Americans a day.

Speaking about the COVID-19 death toll, @brianstelter criticizes "right-wing media" for their "obsession" with the revelations about the Russia probe and Michael Flynn:

"They’re treating the Michael Flynn story like it's a bigger deal than the deaths of 2,000 Americans a day." pic.twitter.com/y3f92PMmHM

One might suggest that Stelter is taking his own eye off the ball, devoting a segment to an attack what essentially amounts to an attack on Fox News Channel instead of to “the death of 2,000 Americans a day,” but let’s give him the benefit of the doubt. Let’s assume that he feels as viscerally about the death and destruction wrought by the COVID-19 pandemic as he did last month when he revealed that he had cried himself to sleep, weeping for “our pre-pandemic lives.”

Even so, his j’accuse raises questions. The most fundamental of these is whether news outlets dare focus on stories unrelated to the pandemic. Obviously, they do, as Stelter himself would no doubt himself agree.

But if Stelter is going to slam FNC for its “obsession” with Obamagate,  shouldn’t he be equally outraged that one of his colleagues at CNN, Oliver Darcy, spent nearly 3,300 words last Friday grousing about One America News (OAN), which he described as a “little-watched right-wing news channel that Trump keeps promoting”? Certainly, Darcy deserves at least as big a reprimand as Fox for his obsession with something as trivial as that.

Which is not to suggest in any way that “the deep state and these revelations about the Russia probe and the decision about Michael Flynn” are in any way a trivial story. His own network and other mainstream outlets gave plenty of air time last Thursday to Flynn’a exoneration and other issues relating to the release of new and damning Justice Department documents. Watch:

Granted the angle taken was somewhat different from Fox’s, with CNN and MSNBC lamenting the collapse of the Justice Department” and “the rule of law.” But the fact remains that these networks were guilty of the same crime Stelter pins on Fox News Channel. 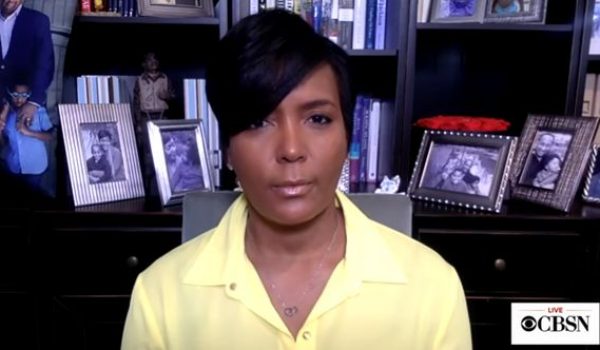