Palin took to Facebook on Friday to chastise Peggy Noonan over her 2008-era enthusiasm for Barack Obama, after a Wednesday op-ed in the Wall Street Journal in which Noonan was mildly unenthusiastic about the Obama administration.

Noonan seemed to be having something of an epiphany as she watched the parade of political personalities filing into the chamber before the State of the Union address:

I watched at home and thought: They hate it. They being the people, whom we’re now supposed to refer to as the folks. But you look at the polls at how people view Washington—one, in October, had almost 9 in 10 disapproving—and you watch a Kabuki-like event like this and you know the distance, the psychic, emotional and experiential distance, between Washington and America, between the people and their federal government, is not only real but, actually, carries dangers. History will make more of the distance than we do. Someday in the future we will see it most vividly when a truly bad thing happens and the people suddenly need to trust what Washington says, and will not, to everyone’s loss.

Great article, Peggy, but where the heck were you when I and other commonsense conservatives were sounding the warning bell in ’08? You joined the “cool kids” in mocking and condescendingly criticizing — ultimately demanding that we “sit down and shut up.” Better late than never, though, Peggy …

Palin is due her moment here; Noonan savaged her more than once in the period 2008-9.  The “sit down and shut up” characterization is pretty fair too, although of course Noonan is by no means the only “leading” conservative voice raised against limited-government “Tea Party” voters (and far from the most vituperative).

On the more general point, Palin is right, as she so often is.  Plenty of people foresaw in 2008 what Obama would visit on America.  Noonan did not.

I think this is partly because of what we might call the “Manhattan condo” syndrome: the pattern in which social elites imagine their insular lives to be normal (and think of their buildings’ doormen as sort of domesticated representatives of the “working class,” from which they distinguish themselves).  The overwhelming majority of Americans who don’t live in a Manhattan condo environment foresee and feel keenly encroachments on their liberty of action.  The average American does not think that that government governs best which most rigorously restricts other people’s options within a 12-block radius of his home.

The resultant failure of foresight comes from a more fundamental disadvantage, about which I am undecided, as to whether it is learned or congenital.  Regardless of the lessons of history, which give us all the tools we need to recognize the dangerous concentration of government power and the blandishments of demagogues, there is always some segment of the population that cannot or will not see these evils for what they are.

Obama could hardly have blandished more if he were Cleon himself, and yet commentators like Noonan couldn’t see it, whereas Joe the Plumber could.  Noonan wasn’t alone, by any means – but being in the company of women who thought Obama was going to pay their mortgages, or who envisioned him dispensing money from his “stash,” is not exactly an endorsement of her perspective.

The greater our distance in time from 2008, the more Sarah Palin, the Tea Party, and others who have driven the chattering class up the wall have been proved right: about Obama, about “progressive” politics, about big government, about losing touch with the Constitution and the rule of law.  Here is one more thing to keep in mind.  The Sarah Palins and Tea Partiers are still right.  It really is becoming stupid – there’s no other word for it – to denounce and refuse to listen to the people who keep being right.

The bizarre reason a Federal Judge upheld Connecticut gun control legislation
Next Post
Is Christianity being hijacked by progressives? 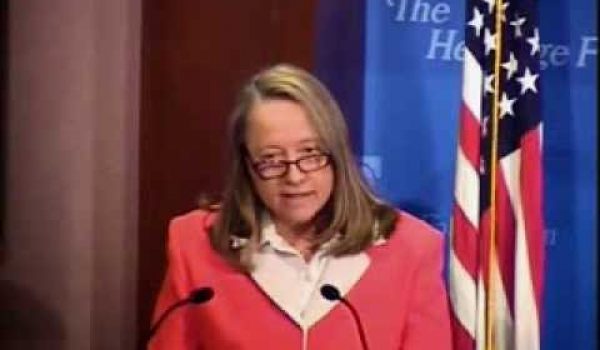