New York Gov. Andrew Cuomo forced nursing homes to take in people with coronavirus, killing thousands of people. But the media don’t care. As The New Republic notes, “If a media darling has emerged during the coronavirus crisis, it’s Cuomo.”

Around 5,000 deaths from COVID-19 have been reported in New York nursing homes. Cuomo’s administration forced nursing homes to take in people infected with COVID-19. That caused the virus to spread like wildfire in densely-populated, understaffed senior facilities. Cuomo said it was “not” his “job” to help them get the protective equipment to handle the sick people they were forced to accept. As a result, COVID-19 spread to other nursing home residents, many of whom died.

Yet Cuomo has received fawning coverage from the media. The governor, The New York Times’s Ben Smith wrote, “has emerged as the executive best suited for the coronavirus crisis.” Journalist Carl Bernstein told CNN — where the governor’s brother Chris is an anchor — that Gov. Cuomo has demonstrated “real leadership of the kind the president of the United States should have provided to the American people throughout this crisis, but hasn’t.”

Cuomo dismissed warnings against his deadly policy.  Last month, he was asked by a reporter if anyone had objected to New York’s policy of forcing nursing homes to admit recently discharged COVID-19 patients. “They don’t have the right to object,” Cuomo answered before the reporter finished his question. “That is the rule, and that is the regulation, and they have to comply with it.”

Many objected to the rule. “The whole thing has just been handled awfully … in regard to nursing homes,” said Kathleen Cole, a nurse who recently lost her mother, an 89-year-old nursing home resident. “It’s like a slaughterhouse at these places.”

Cole’s mother, Dolores McGoldrick, became infected with COVID-19 on Apr. 2 after her nursing home admitted a resident with coronavirus. Two weeks later her mother was dead.

As Jon Miltimore notes, health experts “had warned early on that forcing nursing homes to take on newly discharged COVID-19 patients was a recipe for disaster, noting that such facilities didn’t have the ability to properly quarantine the infected.”

“This approach will introduce the highly contagious virus into more nursing homes. There will be more hospitalizations for nursing home residents who need ventilator care and ultimately, a higher number of deaths. Issuing such an order is a mistake and there is a better solution,” American Health Care Association President and CEO Mark Parkinson announced in March after New York’s order went into effect.

David Grabowski, a professor of health policy at Harvard Medical School, could hardly believe the new policy. “Nursing homes are working so hard to keep the virus out, and now we’re going to be introducing new COVID-positive patients?” Grabowski told NBC.

Richard Mollot, executive director of the Long Term Care Community Coalition in New York, also criticized the policy: “To have a mandate that nursing homes accept COVID-19 patients has put many people in grave danger.”

As Miltimore notes, it is hard to fathom “why states began ordering nursing homes to take in COVID-19 infected residents. The one thing we know of COVID-19, and have known from the beginning, is that the virus is particularly deadly for the elderly and people with compromised immune systems.”

Yet glowing media coverage has given Cuomo a huge boost in the polls. As Guardian columnist (and contributor to The Nation) Ross Barkan notes, despite his failures, Cuomo is popular: “Andrew Cuomo’s approval rating has surged beyond 80 percent. New York is the global epicenter for COVID-19 and there’s little the government did well to contain the virus in its early stages. 20,000+ people have died. It is truly one of the most remarkable PR coups of all-time.” As Barkan observes, “It’s a dark lesson for future executives. You can be as incompetent as you want to be, as long as your performance pleases media outlets and you win the hearts of cable TV pundits and personalities.”

Under Cuomo’s leadership, New York State put people with COVID-19 in understaffed nursing homes even though there was plenty of space for them elsewhere, and they would have received better healthcare in largely empty medical facilities, such as the Javits Center or the Navy hospital ship Comfort. When New York State forced nursing homes to accept people with COVID-19, it supplied some of them with body bags, making clear it knew the risks.

Joe Biden’s virtual Tampa rally video has to be seen to be believed
Next Post
U.S., UK warships send quiet signal deploying to Barents Sea for first time since 1980s 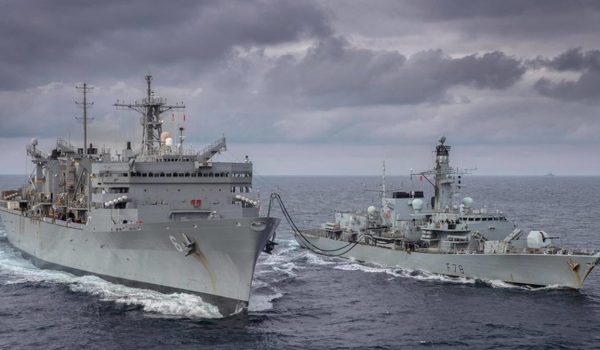