Subtitle this one, “Do as she says, not as she does redux.” As LU reported on Apr. 7, Chicago Mayor Lori Lightfoot openly defied her own demand that Chicagoans shelter in place and observe social distancing by getting a haircut. When pressed for an explanation of what was a clear double standard, she replied, “I’m in the public everyday and candidly, my hair was not looking the way it did.”

As station WGN noted at the time, “The mayor has been adamant about getting Chicagoans to stay inside and take precautions seriously since the pandemic started.”

So has Lightfoot since seen the error of her ways? Don’t count on it. After a video showing a cheek-to-cheek crowd of an estimated hundred people crammed into a house on Chicago’s West Side went viral, she issued a stern rebuke to her subjects — er … residents.

Have a look. A transcript appears after the video in she twice warns she will “take” offenders “to jail. Period.”

What she’s NOT doing:

Do the rules just not apply to her?

Now I’ve directed Superintendent Brown to order all police districts to give special attention to these parties. And this is how it’s going to be. We will shut you down, we will cite you, and if we need to, we will arrest you and take you to jail. Period. There should be nothing unambiguous [sic] about that.

Don’t make us treat you like a criminal. But if you act like a criminal and you violate the law and you refuse to do what is necessary, we will take you to jail. Period.

Notice, as Charlie Kirk points out in the tweet, Lightfoot is not staying at home, social distancing, or wearing a mask, even though the man behind her, presumably an aide, is.

Meantime, who out there agrees the mayor is overdue for another haircut? So designate by a show of hands. 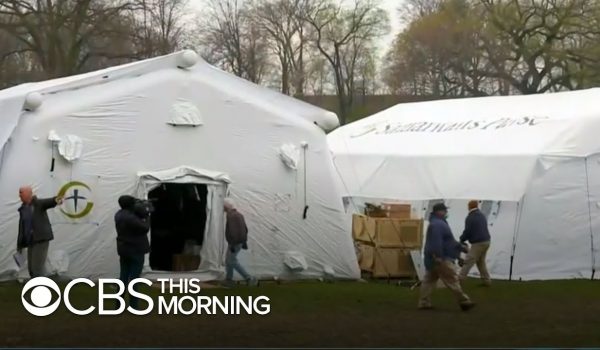