Several countries are reopening schools after temporarily closing them due to coronavirus. For example, Denmark and Norway have reopened their elementary schools. States in America should start reopening their schools, too. New research says that doing so won’t spread coronavirus to many adults, and it will have little effect on child mortality. Yet schools remain closed in 44 states.

Two months ago, I called for states to close their schools, to reduce the spread of COVID-19. My goal was to “slow down the spread of coronavirus and keep the healthcare system from being overwhelmed” by large numbers of coronavirus patients at any one time, by spacing out infections over a longer period of time. That way, hospitals would have enough ventilators and other equipment to treat all the people who fall ill, even at the peak of the epidemic. The goal of my advice, which was cited or shared by a number of web sites like Real Clear Policy, was not to prevent all transmission of coronavirus. That would be an impossible, unrealistic, and silly goal. Instead, the goal was more practical: To “flatten the curve” of infections and hospitalizations so that no more people would be hospitalized at any one time than hospitals can handle.

But even in the regions hardest hit by the coronavirus, American hospitals never ran out of ventilators — not even at the peak period of infections. Cities never ran out of hospital beds. Some hospitals did face difficulty obtaining enough personal protective equipment (PPE), but in most of the country, hospitals had enough PPE.

So it is now clear that most schools do not need to remain closed to keep the healthcare system from being overwhelmed. Doing so will not save lives in the long run. So states should reopen their schools, starting with elementary schools.

In calling for school closures, I wanted to keep children from contracting the coronavirus in school and then giving it to their grandparents, who could die from it, in an overwhelmed hospital. But experts have thus far failed to find a single case of a child giving the virus to an adult. Although such cases almost certainly do exist, they aren’t a significant fraction of COVID-19 cases. And children do not transmit the virus to other children at high rates. As the Sydney Morning Herald reports:

No child has been found to have passed coronavirus to an adult, a review of the evidence in partnership with the Royal College of Pediatrics has found.

While experts insist that more evidence is needed, they note there has not been a single case of a child under 10 transmitting the virus, even in contact tracing carried out by the World Health Organisation (WHO).

Public health officials in Switzerland have announced that under-10s can hug their grandparents again because they pose them no risk.

Kostas Danis, an epidemiologist at Public Health France who carried out that study, said the fact that children developed a milder form of the disease may explain why they did not transmit the virus.

While he said that it was possible children could infect others, there had not been a case to date and there was “no evidence that closing schools is an effective measure”.

Reopening the schools will not endanger children, if reasonable precautions are taken. Kids don’t usually contract the virus from other kids. Unlike adults, for whom the disease is much more lethal than the typical flu, kids have a very low mortality rate when they contract COVID-19 — much lower than children’s death rate during the 1918 “Spanish flu,” an unusually severe flu that killed 800,000 Americans, including many children. (School closures during the 1918 Spanish flu pandemic saved many lives, and enabled the more primitive hospitals of that era to cope, by helping flatten the curve. I cited that fact in urging temporary school closures two months ago).

When states reopen their schools, they can take reasonable precautions, such as separating desks, avoiding contact sports, and providing distance learning or learning from home through the internet for the rare kids who might die from the coronavirus, such as those who are immunocompromised.

In theory, states could have provided distance learning for all kids during the recent school closures. But school officials’ left-wing ideology and incompetence stood in the way. Many progressive school systems, such as Arlington, Va., refused to teach kids anything new during school closures, in the name of “equity” (that is, because some kids have better home environments than others and thus have an advantage in learning from home through distance learning).

Even though they had distance-learning platforms, some schools thought it was better if no student learned anything new rather than some students learning more than other students. Progressive officials in other states closed online schools during the pandemic,and refused to make distance learning available to students. They did this to protect regular schools against competition from online schools and to keep instruction from being provided except by members of teachers’ unions.

In other places, it was school officials’ incompetence that prevented learning: Costly distance-learning platforms crashed, leaving students uneducated, even though taxpayers had spent millions on such systems.

Yet, even as schools closed, states continued to spend money on the salaries of teachers and school officials and continued to receive federal tax dollars to operate their educational systems. 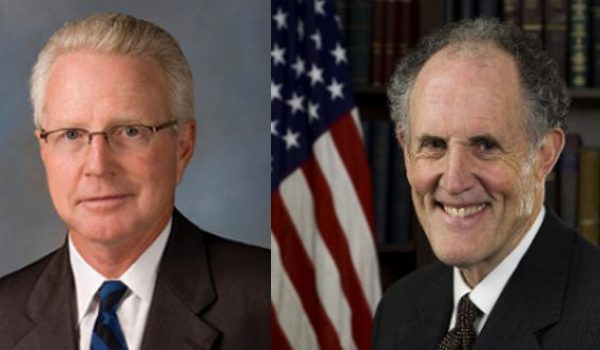