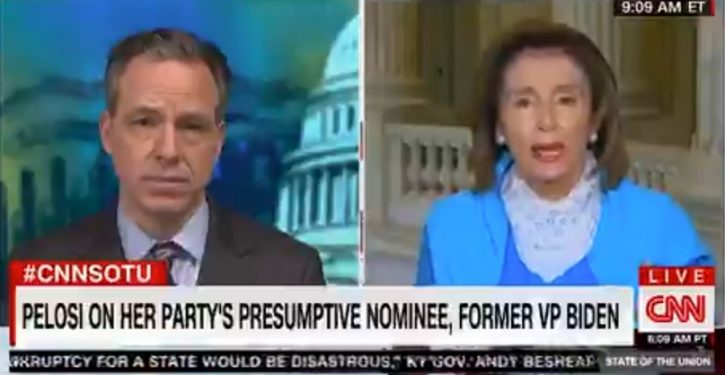 How offended was Speaker Nancy Pelosi to Donald Trump’s imposition of a travel ban from China in the early days of the coronavirus pandemic? So much so that she engineered a public relations stroll through San Francisco’s Chinatown to highlight the xenophobia and racism in Trump’s actions. “Come to Chinatown,” she beckoned in a publicity video in which she took pains to keep six feet away from her nearest neighbor. “Here we are, careful, safe and come join us.’”

That was then, and this is now. And now the general consensus from the Left is that the ban was probably a good idea — which leaves Pelosi in an unenviable spot. How can she approve of a policy implemented by Trump (who, nota bene, she doesn’t hate) without seeming more hypocritical than she already is?

Her solution is to insist that Trump’s ban didn’t go far enough. That was the argument she made on CNN’s “State of the Union” on Sunday. “One point of clarification I was wondering,” host Jake Tapper made, in the video that follows.

Vice President Joe Biden’s campaign told me earlier this month that he supported President Trump’s partial travel restrictions on January 31st, blocking foreign nationals from China coming to the United States. Do you agree that it was the right move by President Trump at the time?

Ouch. Does she risk implying that the presumptive Democratic nominee is all wet? Nope. Instead this was her answer: 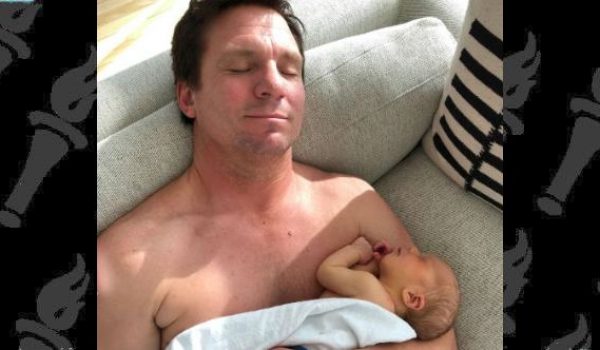 To my son, born in the time of coronavirus and climate change
Next Post
‘China did a lot of things right’: Bill Gates defends CCP, slams U.S.