It’s no surprise that Joe Biden and technology do not share “friendship bracelets.”

His struggles with these new-fangled inventions have been well-documented in these pages. (Ya mean it’s not “go to Joe 30330”?)

In March, he told the Washington Examiner in wide-eyed wonderment, “They tell me there’s ways we can do teleconferencing via us all being in different locations.” After looking in vain for the aluminum cans and string, the former vice president was led to his mark in front of the camera for his first virtual town hall. But as no one explained that he needed to remain stationary, he paced back and forth, finally wandering out of the range of the camera altogether.

Last Saturday, Team Biden marked the first anniversary of the campaign’s launch with a virtual “Soul of the Nation” event. For the occasion, the presumptive Democratic nominee was presented with a new challenge: reading off a teleprompter.

So how did it go? Have a look.

At another point in the festivities, Biden was spared the burden of a speaking role. Instead, the campaign pitch was made by his wife, Dr. Jill, who spoke her lines flawlessly. Unfortunately, Joe stood there rigidly, looking for all the world like a lifetime cardboard cutout of himself.

If I was facing a constant stream of claims that I’m throwing my husband into the most stressful job in the world as his brain turns to tapioca pudding, I probably wouldn’t put out a video where I do all the talking and he looks like someone struggling to stand on his own. https://t.co/Wm0rQoZUOP

Maybe he should go back to record players. 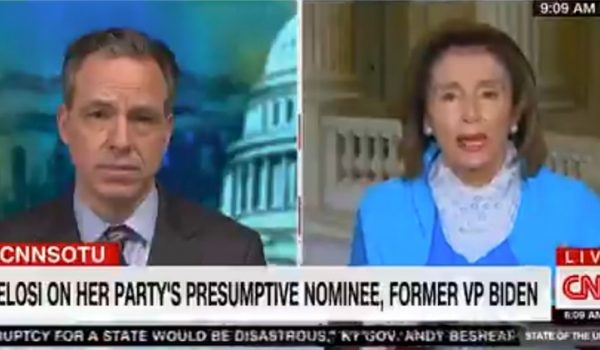