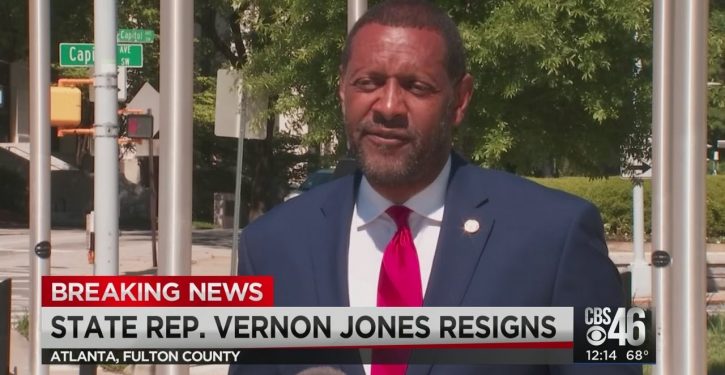 Last week, LU reported that Georgia Democrats were vowing revenge one of their own after state Rep. Vernon Jones endorsed President Donald Trump. On April 15 Jones announced his endorsement, citing the president’s handling of the economy and support for historically black colleges.

Yesterday the other shoe dropped. Jones, a state representative, announced he was resigning his seat following systematic harassment of him by the Democratic Party. He said in a statement:

I’m sick and tired of me and my family being attacked and harassed by the Democrat Party for putting my country before my party. I take pride in being an independent thinker. My first amendment right to freedom of speech is under siege. I intend to help the Democrat Party get rid of its bigotry against Black people that are independent and conservative.

I endorsed the White guy (Donald J. Trump) that let Blacks out of jail, and they endorsed the White guy (Joe Biden) that put Blacks in jail. Turn the lights off, I have left the plantation. Someone else can occupy that suite. Therefore, I intend not to complete my term effective April 22, 2020. However, I will remain woke and vigilant in educating and fighting for my people.

It sounds as if Rep. Jones ran into the liberal ideological purity steam roller.

Jones’s endorsement of the president incited nasty reactions from his party. One party leader, John Jackson, declared of Jones’ support for Trump, “This is in no way acceptable. Action will be taken.”

Georgia State Democrat Party Chair Nikema Williams proclaimed that Trump is a – drumroll – “racist!” She added Trump has “made an all-out assault on black Americans,” though she neglected to explain why she feels that way. Williams went on to say that Jones is “an embarrassment to the Democrat Party and he doesn’t stand for our values.”

That’s disappointing. The GOP could use more people like Vernon Jones. 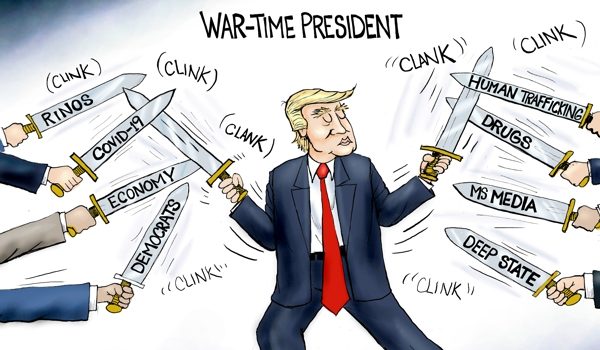 Cartoon of the Day: Just another day
Next Post
Biden proves he’s ‘no Jack Kennedy’