Presumptive Democratic nominee Joe Biden has shown repeatedly through this, his third campaign for president, that quotes from American history are not his strong suit. This problem was on display in his botched effort to quote a passage from the Declaration of Independence at a campaign stop in early March.

You can’t make this up…
pic.twitter.com/Hq6dLUbXLC

His memory and language were on display again on Tuesday, Earth Day, during a virtual town hall with former Vice President Al Gore. The subject was of course the climate, and Biden, seeing the moment as inspiration, equated the challenge to the one cited by John F. Kennedy in a 1962 speech advocating for space exploration.

But when he attempted to quote a line from that speech, things went south: “You know, J.F.K said refu— he said he refused to postpone. Know that one line in the speech we all had to learn when we were kids about going to the moon, and he talked about— You know, the one thing that the line that meant the most to me — and it used to drive my colleagues crazy — was his phrase ‘I refu— we’re doing this because we refuse to postpone.’ We should say as a nation, ‘I refuse to postpone.'”

So what did Kennedy actually say? This:

Yes, the word postpone is in there, but it is part of a well-constructed, meaningful sentence, not random gobbledy-gook.

Biden had other linguistic and cognitive slips during the town hall, including the following in which he trips all over his words before asking Gore whether it is “too late to aggress [sic] the climate change.”

Back around the time of the earlier glitch in March, former candidate and U.S. Sen. C0ry Booker spoke frankly, questioning Biden’s “ability to carry the ball across the end line without fumbling.” Since that time, the Left has buried its head in the sand.

This will almost certainly come back to bite them. 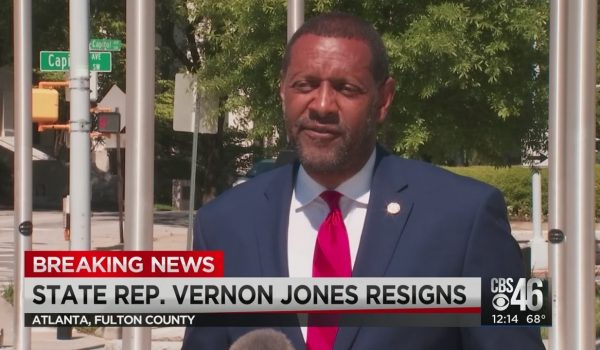 Ga. Dem who endorsed Trump steps down from legislature because of party harassment
Next Post
Generous unemployment benefits lead to layoffs