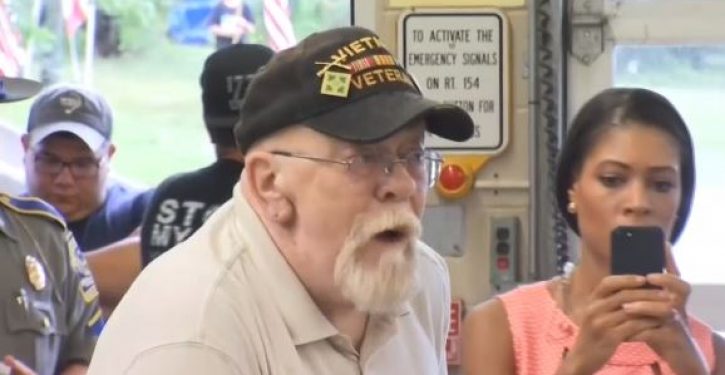 Many states and the federal government are spending millions in taxpayer dollars on illegal aliens while veterans across the country still face a slew of issues like homelessness and long waits for primary care, a newly-released study found.

While the federal government will spend roughly $217 billion on the Department of Veterans Affairs this fiscal year, the net financial burden of illegal aliens on taxpayers annually is nearly $132 billion, according to an analysis by the Federation for American Immigration Reform (FAIR). The study was exclusively provided first to the Daily Caller News Foundation.

“But, due to America’s foolhardy immigration policies, our government is now spending more and more money on services for illegal aliens — foreigners who have no right to be in the U.S. — resulting in a squeeze on resources available for the citizens and lawful immigrants who were prepared to make the ultimate sacrifice for their country,” the study continued.

FAIR looked at where the majority of homeless veterans lived and reported how much taxpayer funding illegal aliens in those localities received.

There were an estimated 37,085 homeless veterans in January 2019, according to the Department of Housing and Urban Development. Over a quarter of these homeless veterans lived in California, another 1,585 lived in Washington, and 1,270 lived in New York.

In California, it’s not always easy for veterans to obtain quality health care, the study found. Veterans in San Jose waited an average of 50 days before landing an appointment with a primary care VA clinic, and the average wait time in Modesto was 95 days, according to the study.

California, however, spends more than $23 billion on undocumented individuals and their children every year, according to FAIR. In regards to health care, California lawmakers passed legislation in 2019 that sets aside taxpayer-funded health insurance to illegal aliens between the ages of 19 and 25 — an initiative that will likely cost $98 million in its first year.

Another state home to many homeless veterans has also chosen to prioritize the undocumented community.

“That is perhaps the most egregious example of the way in which flawed immigration policies are putting veterans in competition with illegal aliens,” the authors said of New York’s educational priorities.

Beyond health care and education, the study also highlighted examples of jurisdictions doling out millions in legal assistance for the undocumented.

Meanwhile, FAIR found that more than 6,000 veterans committed suicide in 2017, including 491 veterans in California and another 78 in Maryland.

“If states cared more about veterans than illegal aliens, many of those 6,000 Americans may still be with us today,” the study stated.

Altogether, FAIR concluded that there were 14.3 million illegal aliens living in the U.S., posing a financial burden of $132 billion annually for their health care, educational, and other welfare services. In comparison, there are 19.5 million veterans in the U.S., and their needs will cost the country $217 billion this fiscal year.

FAIR concluded that, should the illegal population continue to grow, the cost to meet their needs will surpass those of veterans.

“Americans who care about the members of our armed forces should ask, ‘Why are we spending billions of dollars catering to illegal aliens when we aren’t properly taking care of the men and women who risk life and limb to protect us against all enemies foreign and domestic?’” the authors said. 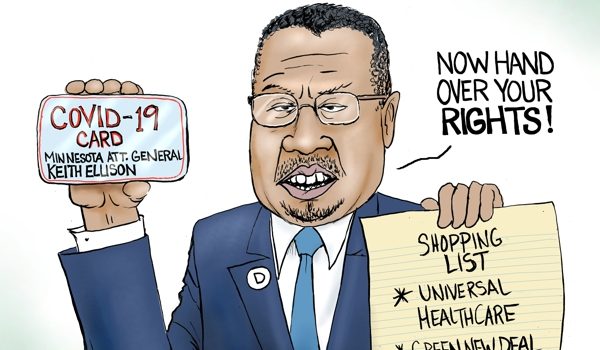 Cartoon of the Day: What’s in his wallet?
Next Post
For what it’s worth, Obama finally endorses Biden for president