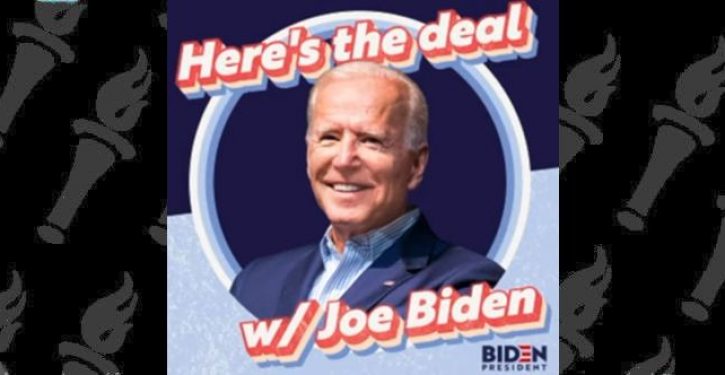 Joe (“Go to Joe 30330”) Biden has demonstrated repeatedly that he is not the hippest cat (a description he would likely invoke to show he is up on current trends like record players) when it comes to technology. “They tell me there’s ways we can do teleconferencing via us all being in different locations,” he told the Washington Examiner in wonderment last month. Imagine that: Peaches in cans!

So how did the presumptive Democratic nominee fare with his maiden voyage into this “new” medium? As he spoke to his virtual town hall audience, he paced nervously back and forth, ultimately meandering clear out of the picture altogether, leaving the camera focused on an empty stage.

His campaign, which despite this minor embarrassment, uploaded the Q & A to their website anyway, papered over the candidate’s disappearance by running a still image of the Biden campaign logo.

Here’s an example of that clarity:

I don’t think anyone needs to listen to the podcasts to know what “the deal with Joe Biden” is. He’s already made that abundantly clear. 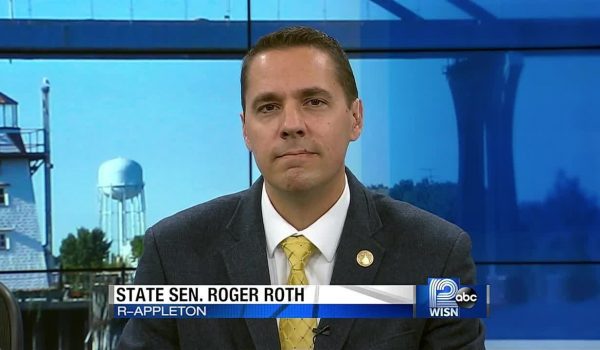 Chutzpah alert: Chinese gov’t seeks U.S. praise for its heroic fight against coronavirus
Next Post
Fauci: ‘I can’t guarantee’ it will be safe to vote at polls in November