After CBS News was initially called out for attempting to pass off footage of a hospital emergency room in Italy for an ER in New York, the network pleaded guilty to an “editing mistake.” Now CBS has again been caught using the same footage, this time to represent working conditions at a hospital in Pennsylvania.

“In Pennsylvania, cases are skyrocketing at the rate of 1,000 a day,” the narrator declaims as the camera pans across a hospital room in an April 4 report. “Governor Tom Wolf is appealing to citizens to help.” As Sky News, which shot the footage, notes in its report, the clip, which follows, is from “the main hospital in Bergamo, the hardest-hit hospital in Italy, in the hardest-hit town, in the hardest-hit province, Lombardy.”

The use of the footage would matter less if the network were just doing straight reportage on the burdens facing U.S. hospitals during the pandemic. Many are understaffed while others are recruiting physicians with backgrounds in fields other than infectious diseases to assist in treating patients.

But CBS seems to be following the same playbook as other mainstream media outlets, which is not merely to state the gravity of the problem coping with the pandemic but to flog Donald Trump for what the Left is painting as his mishandling of the crisis.

Cleanup in aisle 4: NYT clumsily edits its story to exonerate Biden of sexual assault allegations
Next Post
Cartoon of the Day: Mail fraud 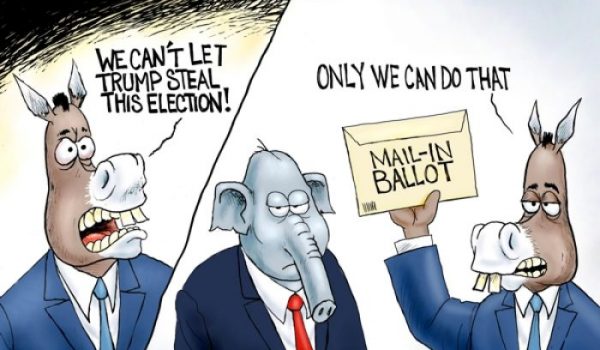