Several key Democrats are demanding answers from the Department of Homeland Security (DHS) about its decision to close the U.S.-Mexico border amid the coronavirus pandemic, and suggested the administration is grossly overstepping its authority.

Democratic members on the Senate Judiciary Committee delivered a letter to DHS acting Secretary Chad Wolf on Tuesday with a list of questions about the department’s decision to close both the northern and southern borders. The lawmakers, while claiming that they are also concerned about the spread of COVID-19, suggested the administration was “blatantly misinterpreting” its authority.

“While protecting our borders is critical during this COVID-19 pandemic, we are deeply concerned that DHS is blatantly misinterpreting its limited authorities under the CDC’s Title 42 order to override existing federal statutes — a move with no known precedent or clear legal rationale,” Vermont Sen. Patrick Leahy and nine other Democratic senators wrote.

“Making matters worse, this unprecedented expansion of executive power appears to be entirely hidden from public and congressional oversight,” the letter continued.

The letter was in reference to an announcement first given March 20. Wolf, per orders from the Centers for Disease Control (CDC), declared that the northern and southern borders would be closed to all non-essential traffic, and that all illegal aliens would be turned back immediately.

Customs and Border Protection (CBP) is utilizing authority from Title 42 of the U.S. legal code when processing those who enter the country illegally, keeping them out of facilities in order to mitigate virus contamination.

Under Title 42, illegal entrants are “encountered,” not “apprehended.” Also, they are not “deported,” but are “expelled.” This difference allows CBP agents to — for the most part — skip taking illegal aliens to facilities and paves the way for a quick return across the border.

Expulsions do not carry the same legal consequences as deportations, and most of those being returned at the U.S.-Mexico border are being expelled. This approach has allowed CBP to expel a large number of foreign nationals at the border quickly and expeditiously, helping prevent possible spread of coronavirus from Mexico.

However, Senate Democrats argue DHS is overstepping its bounds and arbitrarily turning away large numbers of asylum seekers.

“DHS has gone far beyond the parameters of CDC’s limited order and granted itself sweeping powers to summarily expel large, unknown numbers of individuals arriving at our border. Contrary to existing law, individuals, families, and children are now unable to sufficiently make claims for asylum, seek other forms of humanitarian protection, and, in some instances, are being expelled to countries in which they fear persecution,” the senators wrote.

“This amounts to a startling expansion of executive power under the guise of a global pandemic response,” they continued.

Despite the grave threat of the coronavirus pandemic, the senators also claimed the administration “failed to provide any meaningful notice to the public” about the border, and asked DHS if it gave the public any “opportunity to comment” before it was executed.

Pelosi wants new coronavirus relief package to include federal mandate for voting by mail in 2020
Next Post
Oops, bad science 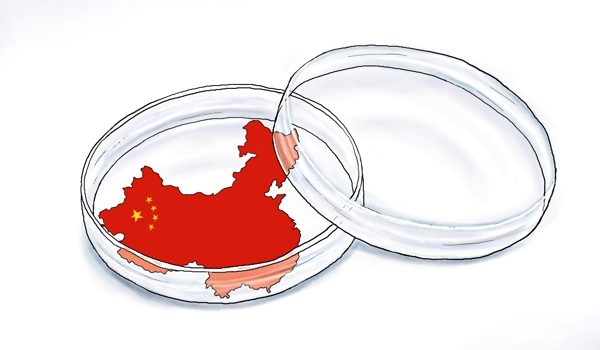