The memoir, titled “Front Row at the Trump Show,” makes mention of Acosta as undermining the credibility of the media, making press briefings all about himself, and acting like he’s part of the resistance movement.

By putting on his constant show, Karl claims Acosta is “playing into the explicit Trump strategy of portraying the press as the opposition party.”

Part of the Resistance

“The surest way to undermine the credibility of the White House press corps is to behave like the political opposition,” Karl writes. “Don’t give speeches from the White House briefing room.”

He followed up on the topic at an event celebrating the memoir, telling the Daily Beast, “Regarding Jim Acosta, to paraphrase Voltaire, I will defend to the death his right to report from the White House, but I have some issues with the style in which he has done so.”

“We can be tough, we can call out things that are not true, we can be aggressive in our questioning,” he continued, “but I don’t think we should act like we are part of the resistance.”

Jonathan Karl, who heads the WH Correspondents Association, says in his new book: "We are not the opposition party, but that is the way some of us have acted, doing more to undermine the credibility of the free press than the president's taunts have done.” https://t.co/dkn7hcZZJ7

Poor Jim. He must constantly return from press briefings feeling battered and bruised, the favorite punching bag of the White House and still not respected by his resistance media peers.

Earlier this week, the CNN reporter was leveled by Dr. Anthony Fauci after he tried to convince the director of the National Institute of Allergy and Infectious Diseases to say the president was responsible for a slow response to the coronavirus.

Fauci acknowledged Acosta was trying to get a good soundbite from him and then said Trump had acted “very, very early.”

Also this week, the far-left reporter again attempted to blame Trump for not taking the virus seriously enough in the beginning.

That effort prompted the president to say, “Instead of asking a nasty, snarky question like that, you should ask a real question.”

Steve Krakauer, a former senior digital producer for CNN, has blasted Acosta as “truly an embarrassment, on multiple levels,” complaining that he “give(s) all good journalists a bad name.”

The strangest moment I have ever experienced at a presidential news conference … and a question that still needs to be answered. pic.twitter.com/prB59hN4c4

Enemy of the People

Karl himself isn’t innocent by any means.

Trump to @Yamiche "Be nice. Don't be threatening." pic.twitter.com/dU5jKJrZTa

The Daily Beast writes: “The president’s ire, Karl acknowledged, is often aimed at female African-American journalists like Alcindor, whose questions tend to get under Trump’s skin.”

Playing the race card is always a favorite of the media. But doing so in the context of discussing Jim Acosta is odd. Nobody has been hammered harder at White House press briefings than Acosta has. And Jim is neither female or African-American.

It’s also odd, since Trump recently went after Karl himself, telling him to stop acting like a “cutie pie” with some of his questions. “We’re not the opposition party,” Karl said according to the Washington Free Beacon. “We’re supposed to report and report aggressively on the president, on any president, but not to go over the top.”

Perhaps he should be listening to his own advice. 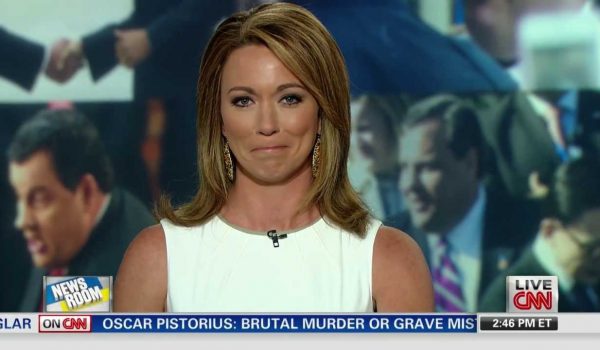