Michigan Congresswoman Rashida Tlaib (D) attempted to clarify her intentions after sharing a vulgar tweet chastising those in support of a National Day of Prayer.

President Trump issued a proclamation this past weekend for a National Day of Prayer for all Americans who have been affected by the coronavirus pandemic.

In fairness to Tlaib, the tweet didn’t originate with her. The author of the profane message was teen wonder (so called because makes you wonder) David Hogg. Tlaib merely retweeted the message, which follows:

Hogg rose to fame on the Left for his attacks on the Second Amendment following a massacre at his Florida school.

Tlaib’s retweet, drew outrage from several corners. Catholic League president Bill Donohue requested that the House Ethics Committee reprimand the Democrat over her actions, calling it an “obscene assault on people of faith.”

“In a time when the nation is trying to come together, Rep. Tlaib is attacking the faithful,” Donohue wrote. In his letter to the Ethics Committee, Donahue wrote that Tlaib’s “reputation for using filthy language is well known, but it is typically aimed at some person whom she loathes.” Think Donald Trump, of who she said, “”Impeach the motherf*cker” on the say she took the oath of office.

Atypically for Tlaib, who generally sticks to her guns, she responded to the criticism first by retracting her retweet, then offering an explanation that insists it wasn’t her intent to attack people of faith. “Let me be clear as someone who has been praying through this all [and] as someone who attended the National Prayer Breakfast,” she wrote. “My retweet was not to be an attack on prayer. It was to bring attention to the need for meaningful action to combat this public health crisis.”

Let me be clear as someone who has been praying through this all & as someone who attended the National Prayer Breakfast. My retweet was not to be an attack on prayer. It was to bring attention to the need for meaningful action to combat this public health crisis. 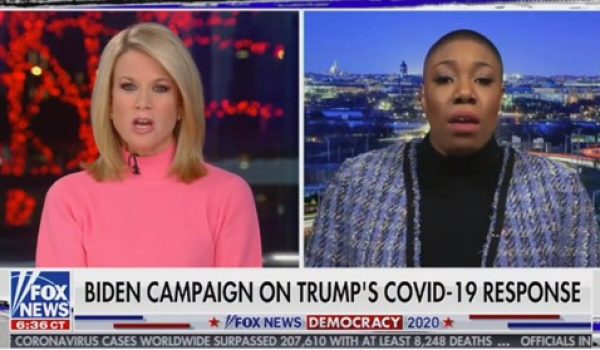 Martha MacCallum challenges Symone Sanders on why ‘Chinese coronavirus’ is racist
Next Post
Cartoon of the Day: Geezer derby 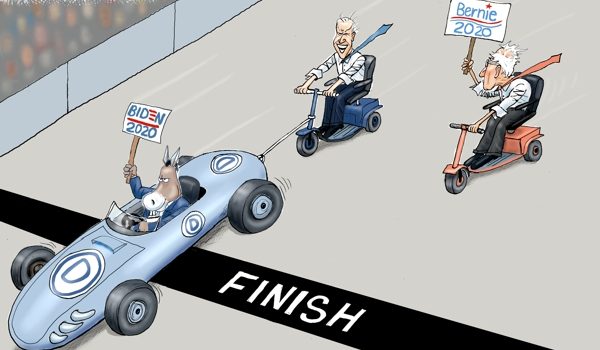