Former Vice President Joe Biden is getting an ideological makeover as Obama-era operatives paint him as a progressive Democrat amid reports that Sen. Bernie Sanders is calling it quits.

“Joe Biden will run on the most progressive platform of any Democratic nominee in history, and Bernie Sanders and the movement he inspired are a big reason why,” Jon Favreau, a speechwriter for former President Barack Obama, said in a tweet Tuesday night.

Democrats should “take this time to learn from his message and his candidacy,” Favreau said about Sanders, a self-avowed Democratic socialist.

Favreau is not the only Obama operative trying to unite the party’s different wings.

“Trump cannot beat a united Democratic Party,” Ben Rhodes, an Obama-era operative, told his Twitter followers Tuesday night after Biden racked up primary wins in Florida and Illinois. “We can do this,” he added after suggesting a unified Democratic Party can withstand anything.

Favreau’s commentary came as Sanders is reportedly contemplating his next move after a series of electoral defeats to Biden, who etched out left-wing positions on fracking and immigration during CNN’s March 15 Democratic debate.

Biden is running up the numbers among older voters but is failing to capture the imagination of the younger people who flocked to Obama in 2008. The former vice president’s inability to energize the millennial generation and its peers has not gone unnoticed in Sanders’s camp.

“I say to the Democratic establishment: In order to win in the future, you need to win the voters who represent the future of our country,” Sanders said during a March 11 press conference. “You must speak to the issues of concern to them.

He added: “You cannot simply be satisfied by winning the votes of people who are older.”

Biden and his surrogates worked hard during the Democratic primary to paint the Vermont senator as a socialist whose Medicare-for-all plans are pie-in-the-sky.

“The only thing, the only thing between the United States and the abyss is the Democratic Party,” Democratic strategist James Carville said on MSNBC in February.

“That’s it. If we go the way of the British Labour Party, if we nominate Jeremy Corbyn, it’s going to be the end of days … so I’m scared to death,” said Carville, who has called Sanders a socialist in the past. 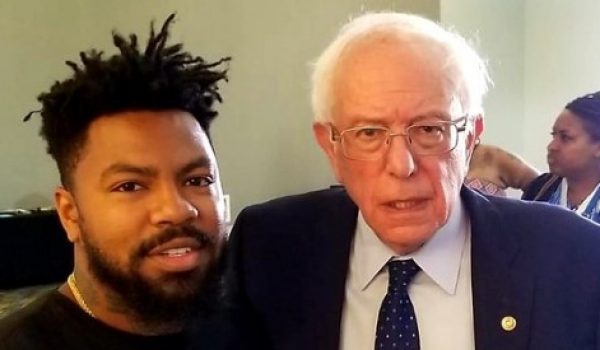 Eating their own: Sanders advisor accuses Democrats of suppressing black vote
Next Post
What Trump is doing with the ‘Chinese virus’ references