Democrats are desperate … understandably. Joe Biden may be eager to go one-on-one in a debate with Donald Trump — at least so he claims repeatedly. But the leaders of his party don’t share his enthusiasm for that scenario. While they aren’t vocal about it, they would be thrilled if their presumptive nominee could get through a single public appearance without an embarrassing flub.

But that has become a virtual impossibility. Each time the former vice president steps up to a microphone, party higher-ups wince. They have a rough idea of what’s coming, though they’re never prepared for precisely what he will say or how bad the blunder will be. Will he make hash of the English language as he did several days ago when he promised health care that was “not quality” but “only affordable” which he would achieve by “increasing premiums”? Or will he once again forget the name of the president he served under for eight years, referring to him instead as “the last guy”?

Desperate for answer, Biden’s handlers on Saturday tried having him read a prepared speech off a teleprompter. Here are the results of that experiment. The transcript follows:

Joe Biden says this stuff while using a teleprompter pic.twitter.com/RPny7e3VWt

You want a nominee that will bring this party together, who will run a progressive, positive campaign, and turn — turn this primary from a campaign that’s about negative attacks into one about what we’re for because we cannot re-elect, we cannot win this re-election, excuse me, we can only re-elect Donald Trump if, in fact, we get engaged in this circular firing squad here. [Emphasis added]

Earlier at a campaign event in St. Louis, Ill., Biden referred to himself as an “Obiden-Bama Democrat.” Watch:

Joe Biden’s decline continues as he says that he is an ‘Obiden-Bama’ Democrat pic.twitter.com/4wsXzGfrX4

It’s sad, though an optimist might point out that he at least remembered Obama’s name on this occasion. Plus, he didn’t identity himself — as he did in late February — as a candidate for the U.S. Senate. 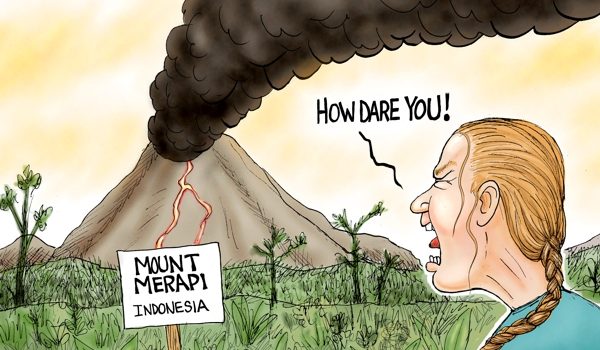 Cartoon of the Day: Natural causes
Next Post
If you’re ‘burning with fury and grief over Elizabeth Warren,’ you need to get a life