I’ve long had problems with the term reproductive rights. For one thing, it represents another instance of the Left’s arbitrarily adding to the rights enumerated in the Constitution. This tendency to brand something a right, whether it is health care or abortion, seems to stem from laziness: If you can’t make a sound argument for a position that you embrace, then glorify it by calling it a right.

But these days, the debate over unfettered abortion has so gone so far off the rails that the use of some silly euphemism is small potatoes. Democrats in Congress are now aligned against a bill that extends legal protection to a human being born following a botched abortion. Such a law already exists. It’s called murder, or in the case of infants infanticide. The force of this new proposal is that it would prevent health care professionals from sending a newborn human to a “comfort room” to die. (The name for this facility is one of the Left’s cruelest jokes.)

It’s frankly difficult for me to fathom how any sentient being could sanction something so grotesque. But Democrats seem quite comfortable in their opposition. So much so that they have begun attempting to justify this obscenity by — you guessed it — invoking “rights.” Here is former presidential contender and Sen. Kirsten Gillibrand:

.@SenGillibrand on the Senate taking up the Born-Alive Abortion Survivors Protection Act: An “all-out assault on women”

Chuck Schumer: Whatever Donald Trump does or says is wrong
Next Post
Biden endorses funding abortions in poor countries while answering ‘overpopulation’ question 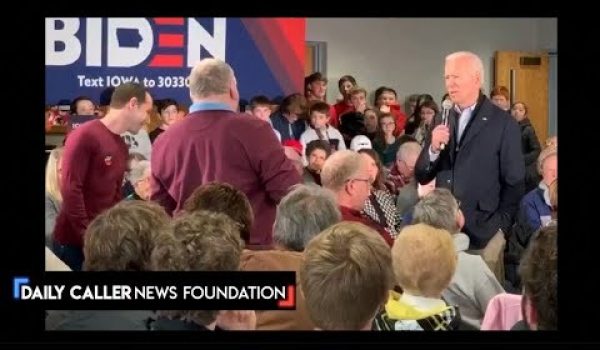