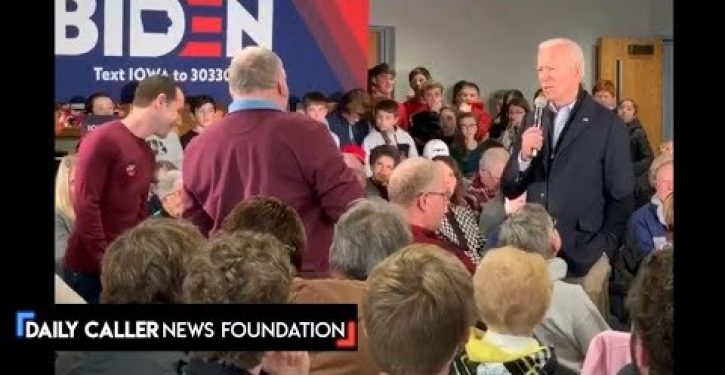 The 2020 presidential candidate spoke Thursday at a town hall in South Carolina where he discussed how populations in developed countries have declined and proposed funding programs that help women spur economic growth, the Washington Examiner reported Thursday.

An audience member attending the town hall asked Biden what he would do to “empower women” in poor countries to address overpopulation.

“I strongly oppose the limitations on the ability for the United States to contribute to organizations in these countries that, in fact, provide women’s health alternatives for choice,” Biden said.

The Mexico City Policy, otherwise known as the “Global Gag Rule,” requires overseas organizations that are receiving aid from the United States not to promote abortion. The policy was first established by former President Ronald Reagan in 1984.

Former President Barack Obama rescinded the policy in 2009, but President Donald Trump re-established the Mexico City Policy in January 2017 shortly after he became president of the United States.

Biden’s comments come after 2020 presidential candidate Bernie Sander said at a September debate that he supports abortion as a way to curb human population in relation to climate change.

“The answer has everything to do with the fact that women, in the United States of America, by the way, have a right to control their own bodies and make reproductive decisions,” Sanders said, adding that he thinks the Mexico City agreement is “totally absurd.”

“So I think especially in poor countries around the world, where women do not necessarily want to have large numbers of babies and where they can have the opportunity through birth control to control the number of kids they have: something I very, very strongly support.”

The Biden campaign did not respond to a request for comment from the Daily Caller News Foundation.

Do 38% of Americans really believe Corona beer is linked to the coronavirus?
Next Post
Ocasio-Cortez: Trump would never attack me in person; ‘he’s scared’