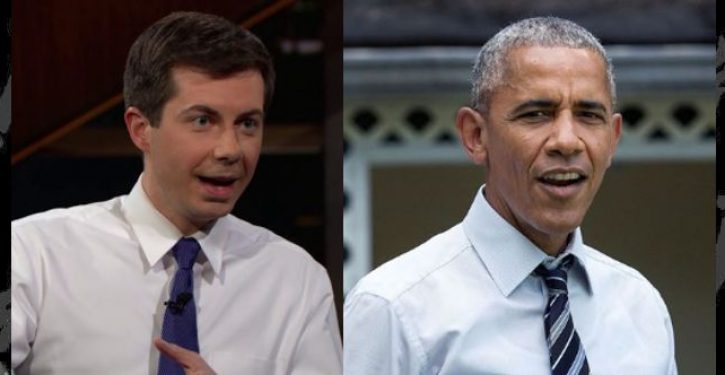 I’m not entirely sure who compiled this mix tape, but it’s pretty scary stuff. On the left (of the video frame, that is; you can’t get any further left ideologically) is Tweedle Dum. He is mimicking not only the words but the head movement and facial expressions of Tweedle Dumber, on the right.

What either has to say is of little consequence. It’s the same Democratic campaign boilerplate. What is interesting — fascinating actually — is the extent to which Pete Buttigieg and presumably his team studied Barack Obama’s “game films” in order to sound and act like the former president.

Notice that Mayor Pete isn’t just parroting Obama word for word. It would be less freaky if he had. That would just mean that he memorized a speech or two. This seems far more sinister.

A deep fake wouldn’t have come any closer to out-and-out piracy.

OMG! Its all an act folks… hes literally acting to try to duplicate Obama for a win… There is nothing real or organic here, in fact its like a scary movie. https://t.co/f1q6JWGXye

Bernie Sanders is proving Nancy Pelosi wrong
Next Post
Wisconsin: Opossum urged to ‘repent’ by zealous motorist who had been ‘driving erratically’ 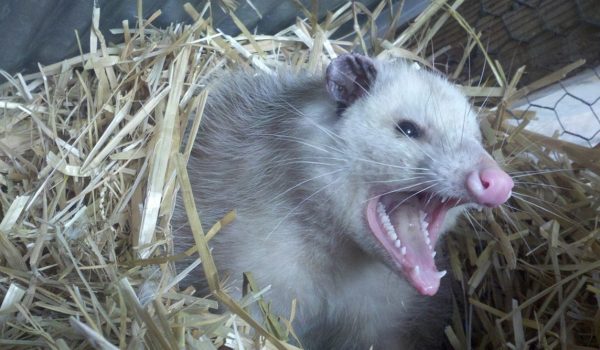