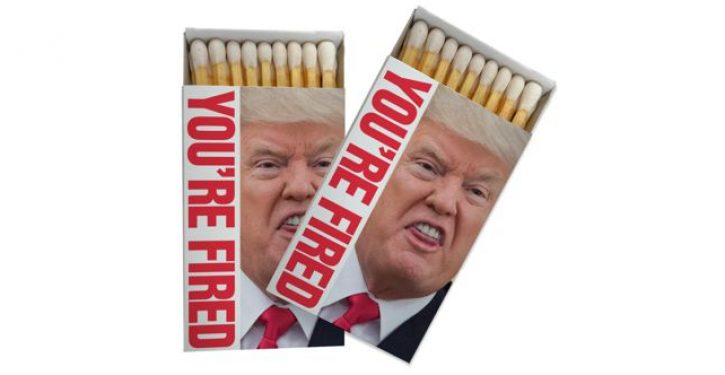 Michael Bloomberg has no clue how to run an election, much less a nation if he were to become president. He has burned through half a billion dollars so far, in an effort to buy the election. So far, no dice. He was an utter disaster in his first debate. It bodes ill for how he would stand up to Donald Trump in the unlikely event he won the Democratic nomination.

But one area in which he has surpassed all of his rivals is in self-deprecating humor. It is meant to be self-deprecating. When he runs a Twitter blitz that includes a photo of a meatball with his face on it, it’s meant to show he’s a witty, zany guy. When he erects billboards all over Las Vegas with captions like the one below, the gesture is meant to zing at Donald Trump. Likewise his two and a half-minute(!) video of a gingerbread man dancing on Trump’s shoulder.

These campaign buys have generated a reaction, but all of it Bloomie’s expense. Yet that hasn’t stopped him from coming back for more.

Take his latest oeuvre: “You’re fired” matches. Get it? They pick up on Trump’s catch phrase on his reality TV show “The Apprentice.” Plus, they enable puns like this one:

The campaign is so brilliant it even allows double entendres that also go after Democratic front-runner Bernie Sanders. This one notes in giant block letters “Everyone likes free stuff.”

But even this “joke” backfires on Bloomberg, since nothing is really free. Not even a box of matches that requires your personal information.

If you haven't seen this video I would recommend watching weekly pic.twitter.com/Z1IJvkr6j1

Sanders is wrong: Fidel Castro did not give Cuba literacy or better healthcare
Next Post
Trump has flipped the 9th Circuit — and some new judges are causing a ‘shock wave’