At Wednesday’s Democratic primary debate in Nevada, since none of the moderators asked the following question, I shall raise it now: Will America elect a Jewish president?

It’s a pertinent question considering that two Jewish candidates currently rank first and third on the RealClearPolitics poll average of nominee preferences among Democrats. But before we discuss this sensitive topic that inevitably will burst into mainstream reporting if either Sen. Bernie Sanders or former New York City Mayor Michael Bloomberg wins the Democratic nomination — let’s briefly review five equally controversial presidential electability questions both past and present.

1960: Will America elect a Catholic president?

Two months before the presidential election, this question generated tremendous political angst. It’s why Democratic nominee Sen. John F. Kennedy famously appeared before a group of influential Protestant pastors in Houston and said: “I am the Democratic Party’s candidate for president, who happens also to be a Catholic. I do not speak for my church on public matters, and the church does not speak for me.”

Hawaii-born Sen. Barack Obama — bi-racial with a white mother from Kansas and black father from Kenya — leveraged his heritage and skin color with a message of “hope and change.” Obama attracted both white and non-white voters to win a hard-fought primary against Sen. Hillary Clinton. Then, as the Democratic nominee, Obama charismatically embraced a mission to unite America and address past racial inequities in a “post-racial” society.

2016: Will America elect a woman president?

Former first lady, U.S. Senator, and Secretary of State Hillary Clinton was highly favored to make history as the first female president. But, in a stunning upset, Clinton was defeated by Donald Trump, losing the Electoral College vote 227 to 304. Yet, Clinton won a larger percentage of the popular vote, 48.2% to 46.1% — a 2.86 million-vote margin of “victory.”

Answer: Ladies, be patient – the results were ambiguous.

2020: Will America elect a gay president?

Answer: To be determined.

2020: Will America elect a Jewish president?

The closest our nation has ever come to an answer was in 2000 when Sen. Joe Lieberman was chosen as Vice President Al Gore’s running mate on the Democratic ticket. Then in 2004, Sen. Lieberman ran for the Democratic presidential nomination but fared poorly and dropped out on Feb. 3, 2004.

Answer: Unknown, but possible — so let’s dive in.

For starters, it’s interesting to contrast how Sanders and Bloomberg are addressing their Jewish heritage on the campaign trail.

Let’s start with Bernie. At age 78, the independent Vermont senator — a self-proclaimed Democratic Socialist — is not known to be religious or to promote his Jewish heritage as part of his political identity.

What follows are Sanders’ quotes from “Two Jews Walk Into a Presidential Primary” — an insightful Jan. 26 Atlantic piece by Jewish writer Edward-Isaac Dovere:

“I am what I am” is how Sanders put it in 2015, when Jimmy Kimmel asked whether he believed in God. “And what I believe in, and what my spirituality is about, is that we’re all in this together.” This view has evolved. In October, in an appearance in Washington at the national conference of J Street—a progressive organization that aims to influence American policy toward Israel—Sanders stood up during his interview and said, “I am very proud to be Jewish. I look forward to being the first Jewish president in the history of this country.”

Conversely, at Prospect — a publication that brands itself “An independent voice for liberal thought” — in a February piece titled “Sanders and the Jewish Vote,” author Mairav Zonszein wrote:

“Jewish media outlets have published columns expressing dread and fear of a Sanders nomination, including the claim he is only embracing his Jewish identity to deflect against charges of anti-Semitism.”

Bernie’s presidential “brand” is more socialist-revolutionary-rabble-rouser than a comforting bowl of homemade matzo ball soup — the specialty of every Jewish grandmother (including mine). And remember, Karl Marx was also ethnically Jewish.

What about former New York City mayor and billionaire businessman Michael Bloomberg, who ranks eighth on Forbes’ list of the 400 richest Americans? (For the record, Trump ranks 275.)

Again, Dovere’s recent piece in the Atlantic offers some revealing quotes. After chronicling how Bloomberg is suddenly sprinkling his appearances with Jewish culture and Old Testament references, Dovere writes:

“To those who know Bloomberg well and even spent years working for him, this is a surprising turn. As mayor, he was more of the stop-by-synagogue-on-Rosh-Hashanah kind of observer. …”

One could argue that in order to win the Democratic Party nomination, a candidate must perform well in states with large numbers of Jewish voters. (Especially in the all-important Florida primary.) Therefore, it’s a sound strategy for both Bloomberg and Sanders to play the “Jewish card” even if they have never overtly played it before.

After all, potentially becoming the first Jewish presidential nominee of a major party would be a significant cultural achievement. Finally, here is my theory why Sanders and Bloomberg are more publicly embracing their heritage after downplaying it for decades.

Both are proactively preparing for the same “criticism guilt advantage” — if you didn’t support Obama, you were a racist, and if you didn’t vote for Hillary, you were a sexist. Therefore, if either man — who celebrated their bar mitzvahs in the mid-1950s — were to face off against Trump in the general election, we would likely hear, “You aren’t voting for Sanders or Bloomberg because you are anti-Semitic.”

As 2020 progresses, with anti-Semitism growing nationally (and worldwide) — and only 2% of the U.S. population identifying as Jewish — ask yourself, “Is America ready to elect a Jewish president?”

No one yet needs to ask or even answer that question, but we might need to in November. 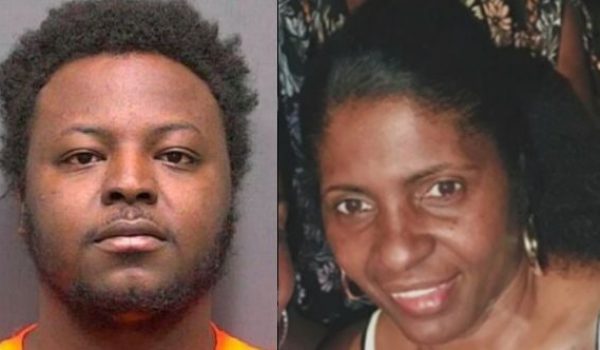 Man who killed library security guard had been freed without bail in attempted rape case
Next Post
Donna Brazile says Trump will ‘cheat’ in 2020, gets reminded of some inconvenient history