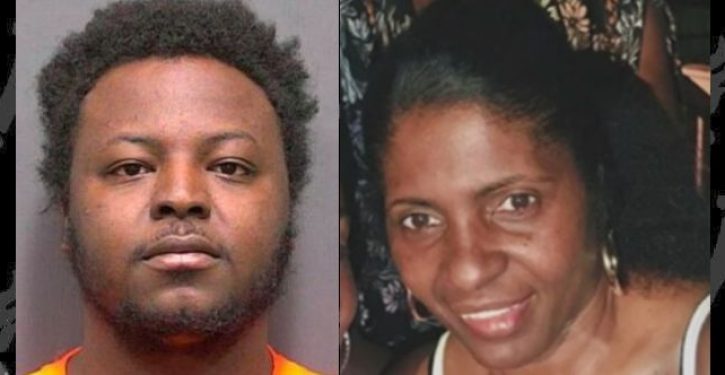 To paraphrase eminent scholar Marc Lamont Hill, people kill for all sorts of reasons. They kill out of hate and out of jealousy. They kill for money. Or, in the case of 25-year-old Blanchard Glaudin, they kill over the freedom to blast their music as loud as they can.

That seemed to be the precipitating factor last Tuesday afternoon when Glaudin entered the Finkelstein Memorial Library in Spring Valley, N.Y. There he was told by security guard Sandra Wilson to turn down the volume of the music playing on his phone. Glaudin did what any self-respecting American would do when his rights are in jeopardy. He pulled out a knife and stabbed the 52-year-old woman to death.

The story would be grotesque enough if it ended there. But there’s more. Wilson’s murder was not Glaudin’s first offense. According to lohud, a local newspaper, Glaudin was charged last November with attempted rape at a hospital where he had been sent for a psychiatric evaluation. He had “entered the hospital room of the victim, held her by the throat, bit her neck and told her to, ‘Shut up and do not scream.’ Pull down your pants. I don’t care about your blood.'”

But the best part is yet to come. A judge had set Glaudin’s bail at $100,000. But under New York State’s new bail reform law, the order was countermanded and Glaudin was set free. He remained free despite failing to appear in court three times in January.

This not the first time the state’s bail reform law cost a life. In January, a 40-year-old man with a lengthy criminal rap sheet that included a history of drunk driving was released without bail. Eleven days later, he crashed his vehicle into another car, killing the driver. A nearly identical crime was committed on Christmas Eve. A woman was struck and killed by an unlicensed driver who left the scene. He was arrested, then immediately released back onto the street. (RELATED: Black man charged with anti-Semitic hate crimes and arson released with no bail)

As his campaign stumbles, Biden adds a new story about being arrested in S. Africa
Next Post
Will America elect a Jewish president?