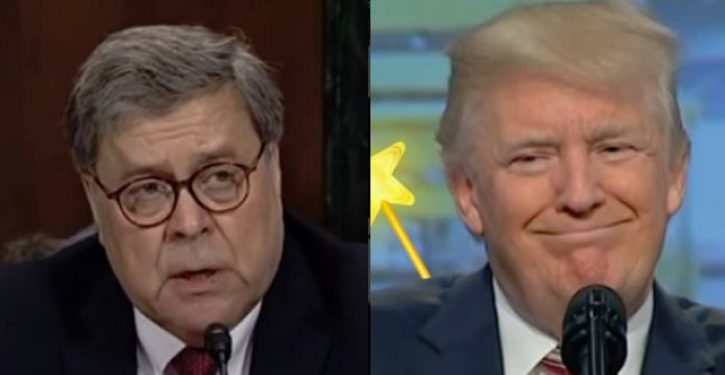 Eight legal analysts who work for CNN and MSNBC or appear frequently on the networks signed a petition Sunday calling on Attorney General William Barr to resign over his handling of Roger Stone’s case.

CNN analysts and former federal prosecutors Elie Honig and Renato Mariotti signed the petition, which has more than 1,140 signatures.

Nick Akerman, a former Watergate prosecutor who appears frequently on MSNBC, and Mimi Rocah, a former prosecutor who recently left MSNBC to run for a district attorney position, also signed the petition.

The petitioners are upset that Barr directed the U.S. Attorney’s Office in Washington, D.C., to revise a court filing that recommended that Stone, a long time Trump confidante, serve between 87 months and 108 months in prison on charges that he obstructed a congressional investigation and tampered with a witness.

Prosecutors said in a revised filing on Feb. 11 that Stone deserved a “substantial” prison sentence, but one that was “far less” than the 87-108 months that was initially recommended. (RELATED: DOJ Revises Stone Sentencing Recommendation)

Trump weighed in on the initial filing and called the recommendation “disgraceful” and a “miscarriage of justice.” Barr insisted in an interview on Feb. 13 that he did not speak with Trump about Stone’s case. He told ABC News that he had problems with prosecutors’ initial recommendation, because he and other Justice Department officials believed that a nine-year prison sentence was “very excessive” for Stone’s case.

Four prosecutors withdrew from the Stone case in protest of the revision. Democrats and various pundits also pounced on Barr’s involvement in the matter.

“President Trump and Attorney General Barr have openly and repeatedly flouted this fundamental principle, most recently in connection with the sentencing of President Trump’s close associate, Roger Stone, who was convicted of serious crimes,” reads the petition. “Those actions, and the damage they have done to the Department of Justice’s reputation for integrity and the rule of law, require Mr. Barr to resign.”

The petitioners also urged Justice Department employees to take matters into their own hands.

They called on employees to “report future abuses” to the Justice Department’s Office of the Inspector General, the FBI’s Office of Professional Responsibility and Congress.

They also urged employees to “refuse to carry out directives that are inconsistent with their oaths of office,” to withdraw from cases that involve misconduct, and, if necessary, to resign and “report publicly” the reasons for their resignation.

In the new filing, prosecutors took issue with how much additional jail time was added to Stone’s prospective sentence due to his witness tampering charge.

That charge dealt with messages that Stone sent to his longtime associate, Randy Credico, in April 2018. In one, Stone told Credico: “Prepare to die, cocksucker.”

Credico testified at Stone’s trial that he did not feel threatened by the message. He also wrote a letter on Jan. 20 asking Judge Amy Berman Jackson to spare Stone of jail time.

Prosecutors initially discounted Credico’s testimony. But in the new filing, prosecutors said that Stone’s recommended prison sentence would be five years lower if the messages were not factored into the sentencing guidelines.