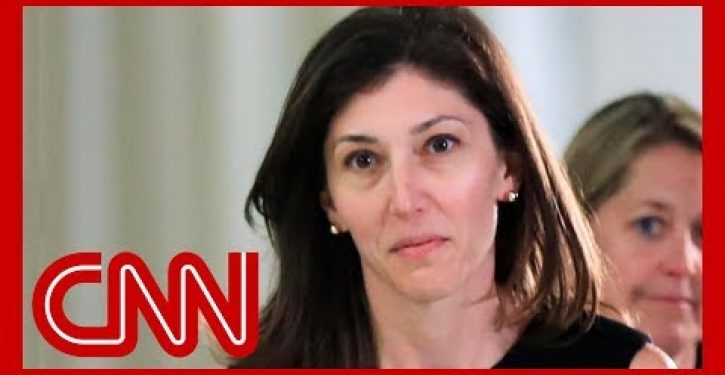 Andrew McCabe’s denials to his FBI colleagues that he was behind a media leak related to the Clinton Foundation investigation in October 2016 cast suspicion on his loyal aide, Lisa Page, former FBI Director James Comey said in an interview with the Justice Department’s inspector general.

In a Nov. 15, 2017, interview, Comey said McCabe denied to him that he was involved in a leak for an Oct. 30, 2016, story in The Wall Street Journal that disclosed the existence of an investigation into the Clinton Foundation.

Because of McCabe’s denials, Comey’s chief of staff, James Rybicki, came to suspect that Page, McCabe’s general counsel, might have revealed the information for the story.

“I actually didn’t suspect Andy,” Comey said in the interview.

“After conversations with Rybicki my worry was is his aide doing it,” he added, referring to Page.

Citizens for Responsibility and Ethics in Washington obtained the transcript of Comey’s interview in January, but it has not been reported in the media.

The Justice Department on Friday closed an investigation of McCabe. Prosecutors in Washington, D.C., were weighing whether to charge McCabe with making false statements to FBI investigators and the Justice Department’s office of the inspector general regarding his role in authorizing Page to speak with a reporter from The Wall Sreet Journal.

The inspector general found that McCabe displayed a “lack of candor” four times by denying any role in the leak.

Page congratulated her former boss in a Twitter post on Friday after the Justice Department closed the case.

McCabe authorized Page to provide details of the investigation to Devlin Barrett, a reporter who worked for the Journal. Days earlier, Barrett published a negative story about contributions that a Clinton ally gave to the state senatorial campaign for McCabe’s wife.

Barrett’s second story revealed the existence of an investigation of the Clinton Foundation. It also portrayed McCabe as battling with the Justice Department to try to keep the investigation going. The story revealed that McCabe had a heated conversation on Aug. 12, 2016, with Justice Department official Matthew Axelrod, who reportedly wanted the FBI to back off of the probe.

Prosecutors investigated whether McCabe made false statements to FBI and Justice Department officials regarding his authorization of a leak to the Journal.

Comey told the inspector general that he considered the story a problem because it would make the Justice Department “furious.” He also said Rybicki suspected that Page was the sole leaker.

“I think Rybicki came in or called me when this appeared and said this is really bad. DOJ is going to be furious,” Comey said.

Comey also appeared to embrace the theory because of McCabe’s repeated denials that he was involved in the story.

“I don’t remember except that I have a strong impression that he conveyed to me, it wasn’t me boss,” Comey said of McCabe, who was fired from the FBI on March 16, 2018.

He paraphrased McCabe saying “I don’t know how this shit gets in the media,” and “why would people talk about this kind of thing?”

Besides an initial denial that he was involved in the leak, McCabe did not tell Comey of his involvement even after the FBI chief asked him to pull phone and email records for FBI employees in order to snuff out the leaker.

Comey said that when he discussed the issue with McCabe, the deputy mentioned there were a large number of contacts between FBI agents in New York and members of the press.

Comey said it “bugged” him that there were stories in the media about the Clinton Foundation probe.

“I want to find who is making disclosures and nail them to the wall and so see if we can do it internally,” Comey said.

Comey also suggested in his interview that Page was overly loyal to McCabe, even to the detriment of the FBI.

He described deliberations with McCabe about possible recusing himself from Clinton-related matters because of Devlin Barrett’s initial news story about contributions to his wife’s political campaign.

Comey said McCabe was “very unhappy” at the suggestion that he recuse himself from the investigation. Page was also opposed to the idea, so much so that she raised the issue with Rybicki.

Comey said he had a “strong reaction” when Rybicki told him Page disagreed with the decision to have McCabe removed from Clinton investigations.

“Lisa’s client is the Federal Bureau of Investigation of the United States. Our client is not Andy McCabe and she you know, you want me to do it or you do it, but someone’s got to make that clear to her that she’s not, should never be before me advocating for Andy McCabe,” Comey said.

“She should step back.”

Biden gets tripped up in attacks on Trump by … Univision’s Jorge Ramos?
Next Post
Yes, Michael Bloomberg sang and somersaulted in a musical comedy send-up with Nick Jonas 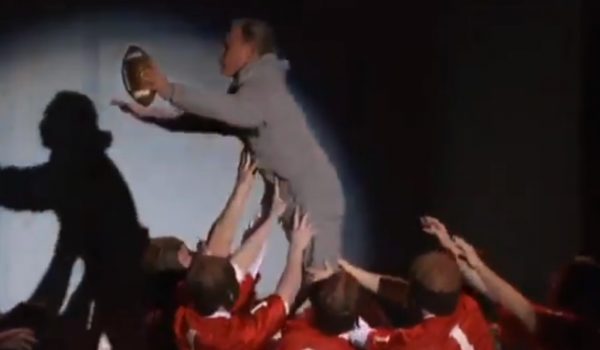