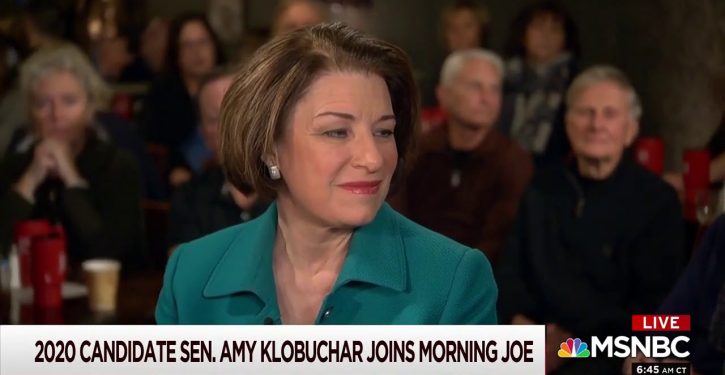 It seems that attacking the 63 million Americans who voted for Donald Trump in 2016 has become a staple of the far Left. At the Emmys in 2017, Julia Louis-Dreyfuss attacked Pres. Trump and his supporters as “Nazis.” In July of 2019, Tiffany Cross, a panelist on MSNBC’s “AM Joy” show, declared the MAGA hat to be comparable to the swastika and said it’s high time the media start calling supporters of the president for what they allegedly are – racists.

Now the odious tendency has extended to the Democratic candidates themselves. On Monday, Breitbart reported that White House hopeful Amy Klobuchar suggested the 2020 election will be referendum on the patriotism and decency of Trump supporters. She doubled down on her attack during an appearance on MSNBC, the official network of insane liberal hate.

“I have always had strong support from independent voters. I get this. I think this election isn’t just an economic check, which is what most of our debates are. It’s also a decency check on this president. It’s a patriotism check,” she said.

During a campaign stop in New Hampshire over the weekend, she made a similar statement.

“This election is a patriotism check. It’s a decency check on this president,” she said. “And what unites us more than anything is that we know that the heart of America is bigger than the heart of the guy in the White House.”

The comments were not well-received. One YouTube user wrote:

Calling me and my brother veterans non patriots is absolutely vile. They are calling those that defended this country with their lives unpatriotic. Burn in hell Demonrats.

Klobuchar’s tactic may work to rile up the increasingly unhinged Democratic base, but it’s certainly not going to help the Democratic nominee in the general election. People aren’t too keen on voting for someone who hates them. And let’s be clear: Democrats and their allies in the liberal media absolutely hate those who support the president.

This is why patriots need to rise up and eviscerate Democrats at the ballot box this November. 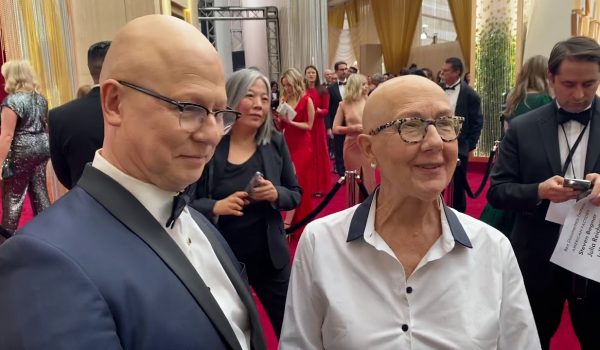