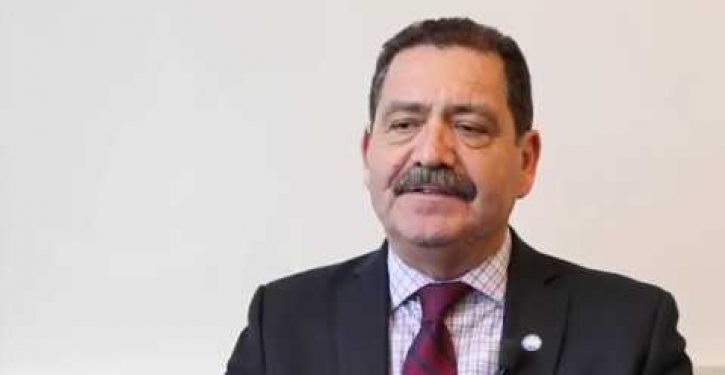 A supporter for legislation that would decriminalize illegal immigration into the U.S. said the New Way Forward Act would give due process to illegal aliens and likely save the government money.

Raul Reyes, an attorney and contributor to NBC News, appeared on “Tucker Carlson Tonight” Friday to discuss his support for the New Way Forward Act. The bill, which has 44 House Democratic sponsors so far, would decriminalize illegal immigration, empower immigration judges to nullify deportation orders, and calls for the return of foreign nationals who were previously deported from the U.S.

Reyes, however, argued that the bill puts integrity into the U.S. immigration system for undocumented aliens.

“In the broader sense, the reason I support this act is because what it does is it affords due process to undocumented people, which is, as you know, guaranteed by the Constitution and recent Supreme Court rulings. It affords them an individual assessment of their case and also provides them an opportunity for judicial review,” Reyes said Friday.

The attorney pivoted to a disputed part of the bill: allowing previously deported criminals aliens to come back into the country.

“You have people who may have been deported under the 1996 Immigration Act for reasons now, if this act passed, would be lacking in their due process or in the way the case was handled. No one is requiring that they would be allowed to come back to the country at taxpayer’s expense,” Reyes said.

“What would happen is they would be eligible to apply to return to the United States, thereby their case would go back to the judge who originally handled their case,” he added.

Carlson pushed back and argued that the bill says these deported aliens would have a “right” to return to the U.S. on the taxpayers’ dime. Reyes said this was simply the “right” to apply to return.

Illinois Democratic Rep. Jesus Garcia introduced the New Way Forward Act in December 2019 along with several other co-sponsors. The bill has since attracted dozens of new supporters, including every member of the “Squad.”

If the bill were to become law, minimum prison sentences that require deportation would rise from one year to five years. This could mean that illegal aliens who are convicted of crimes such as fraud, car theft and weapons offenses — all crimes that carry average sentences of less than five years, according to Bureau of Justice Statistics — would not be required to be deported from the U.S.

The New Way Forward also calls for the widespread return of criminal illegal aliens who have been previously removed from the country. Any illegal aliens deported since April 1996 — if they would have otherwise been considered undeportable under the terms of this bill — would be allowed to apply to return.

“What percentage of Americans think that someone deported of a felony should be not only allowed to come back, but subsidized in the return? I mean why would we import felons?” Carlson asked.

Reyes, however, suggested that the money spent on transportation of these foreign nationals could be offset by the number of illegal aliens taken out of the U.S. immigration enforcement system, but then expressed uncertainty about it.

“Number one is the cost factor. The amount of people who would be potentially eligible for this type of government-sponsored or taxpayer-sponsored return to the country could likely — we don’t know,” Reyes said.

“I think it’s very small compared to the number of people that we currently have at our taxpayer expense in deportation centers, in detention centers, deportation proceedings, and clogging immigration courts,” he continued.