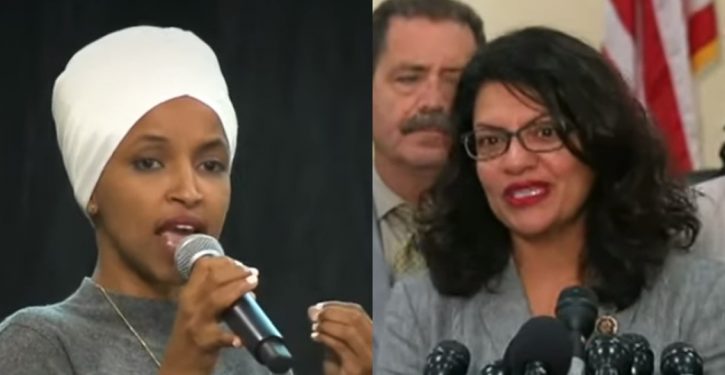 Reps. Rashida Tlaib, Ilhan Omar, and a host of other Democrat lawmakers stormed out of the president’s State of the Union speech Tuesday night.

It was one of several planned stunts by a bitter resistance party watching their recent failed impeachment efforts slip away.

Tlaib (D-Mich.), in an interview with MSNBC’s Rachel Maddow, claimed mention of Supreme Court Justice Brett Kavanaugh was what “triggered” her.

“I think, you know, even the mention of Brett Kavanaugh for me is a trigger,” she told Maddows’ gullible audience.

To nobody’s surprise, she then proceeded to slander Kavanaugh with a blatant lie.

“Just as a woman in America, the fact that he, you know, rightfully was accused and having an incredibly strong woman come before the public and the world and tell her story of sexual assault by this person that was appointed to the Supreme Court is just — I couldn’t stand still and not do anything about it, and I needed to walk away from that.”

Kavanaugh was never “rightfully accused” and the numerous fake witnesses Democrats hauled before Congress in an attempt to stop his nomination were proven to be lying at worst, inconsistent at best with their accusations.

There is little doubt that the entire “Squad” coordinated their little protest. Alexandria Ocasio-Cortez (D-N.Y.) and Ayanna Pressley (D-Mass.) announced prior to the State of the Union that they would be boycotting the speech.

“None of this is normal, and I will not legitimize it,” Ocasio-Cortez insisted. “Consequently, I will not be attending the State of the Union.”

With that in mind, it was only a matter of time before Tlaib and Omar (D-Minn.) choreographed their stunt.

The Hill reported, “The seats for Reps. Ilhan Omar and Rashida Tlaib were empty before the address was finished,” though they added Omar’s office did not comment.

Several Democrats immediately took to social media to tweet about their brave and stunning protest, another indication that it was planned and coordinated.

“I just walked out of the #StateOfTheUnion,” Rep. Tim Ryan (D-Ohio) bragged. “I’ve had enough. It’s like watching professional wrestling. It’s all fake.”

Fake? He must be confusing the SOTU with the House impeachment scam.

“I just walked out of the #StateOfTheUnion,” Rep. Bill Pascrell (D-N.J.) similarly conveyed. “I can’t stand a liar. This man’s presidency is a national tragedy.”

The “national tragedy” is that we have intellectually deficient children like this serving as members of Congress.

They acquitted Trump. Make them pay.
Next Post
Cartoon bonus: It was all BS 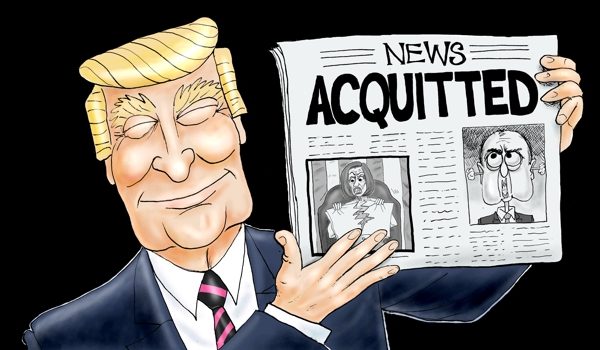