Former Georgia state representative and romance novelist Stacey Abrams said she believes she will be occupying the White House by 2040. Presumably that will be after she finishes serving out her current imaginary term as  Georgia governor.

Abrams — who rose to national prominence after failing to win the 2018 Georgia gubernatorial contest and then refusing to recognize the legitimacy of the outcome — spoke to FiveThirtyEight about a slate of topics, including her presidential ambitions. The former Georgia House minority leader said she “absolutely” believes a black woman could be elected president by 2040, and she believes that woman to be her.

“Yes, I do,” Abrams said when asked if she believed the country would elect her as president within the next 20 years. “That’s my plan, and I’m very pragmatic.”

Abrams opted not to mount a presidential run this election cycle. However, she has since been the subject of rampant speculation as a possible vice presidential running mate. The Georgia Democrat, while at first rejecting the idea of running for “second place,” later said she would be “honored” to be considered for the slot by any nominee. During her interview with FiveThirtyEight, she more or less said she was happy to be considered to the position.

“I’m a very accomplished person who has experience on a realm of issues, and has the capacity to do this job. While I may chafe a bit at what spawns the question, I’m very proud of why I’m even in the conversation because I’m not in the conversation just because I am a black woman,” she said, addressing a question about how her race and gender plays in the political climate.

Abrams lost to now-GOP Georgia Gov. Brian Kemp in November 2018 by nearly 55,000 votes, a total well outside the margin of error and too large to trigger a run-off. However, Abrams has maintained that she was the victim of malicious voter suppression that targeted African-American and Democratic voters, at the hands of then-Georgia Secretary of State Kemp.

While she has acknowledged that she is not the governor of Georgia, she has still refused to concede the election, arguing that doing so would give legitimacy to the process.

She has channeled her frustrations with the launch of Fair Fight, a nonprofit organization that claims to advocate for a more fair election process. However, her organization has since been marred with controversy, with the Georgia ethics commission investigating the group for alleged illegal coordination with her campaign.

The Daily Caller News Foundation reached out to a spokesman for Abrams and asked if she could imagine herself not accepting the outcome of a presidential contest, were she the Democratic nominee and lost the general election. However, the DCNF did not receive a response in time for publication of this article.

Orthodox Jewish couple sues airlines after being kicked off plane because of body odor
Next Post
Who’s your daddy? In midst of presser, Schumer warns his jokey colleagues to cool it 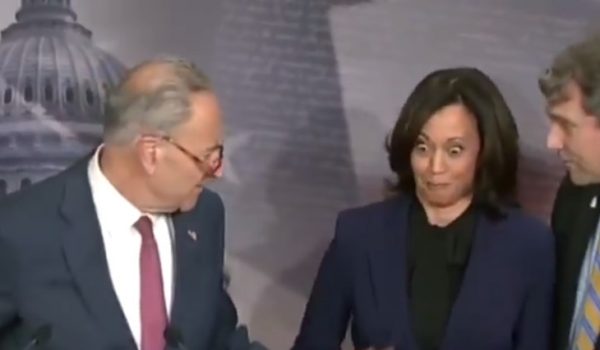