In a first-round judo match in the 2016 Olympics, Or Sasson, an Israeli judo fighter, defeated his Egyptian opponent, Islam El Shehaby. Afterward, the Egyptian fighter broke protocol by refusing to shake the Israeli’s hand, earning boos from the crowd.

What does this one little incident say about the Arab world? The answer is: Everything. If you want to know why Arab nations are so far behind Western countries in every way – economically, culturally, and morally – look no further than the Arab world’s pervasive anti-Semitism.

Bill de Blasio, who tried to drive Chick-fil-A out of business, blasts Trump order as affront to religious liberty
Next Post
NYC mayor won’t enforce immigration laws for thieves because they might be breadwinners 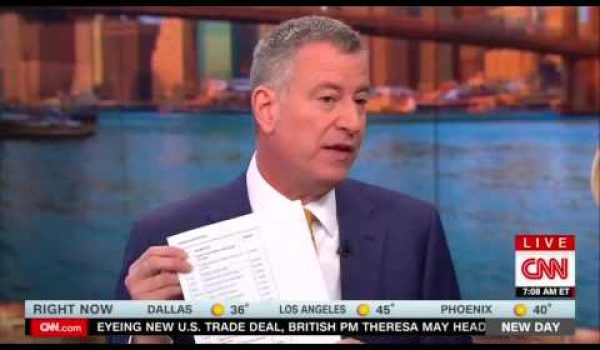