New York State’s controversial “bail reform” law, which requires that suspects be released without bail, has already claimed one life. Now Democrats, who drafted the outrageous legislation, are looking to improve on their record.

A Long Island judge intentionally ignored the state’s controversial bail-reform law and refused to release a defendant he deemed a “menace to society.” …

“I don’t want you walking around my neighborhood,” McAndrews told Nellis, according to a transcript of the Jan. 9 hearing in Hempstead.

But McAndrew’s principled stand was short-lived, as a higher-level judge promptly reversed his order and released Nellis with an ankle monitor — only to have him cut it off and disappear.

The county police commissioner is quoted as calling the situation “insane,” adding that the “law has nothing to do with justice reform.”

Nellis, meantime, was arrested in connection with two bank robberies during which he was reportedly armed. If the news that he is now at large is unsettling to county residents, it is no more so than the response earlier this month to the freeing of a Brooklyn man charged with hate crimes and arson in connection with his having set fire to seven Jewish houses of worship. 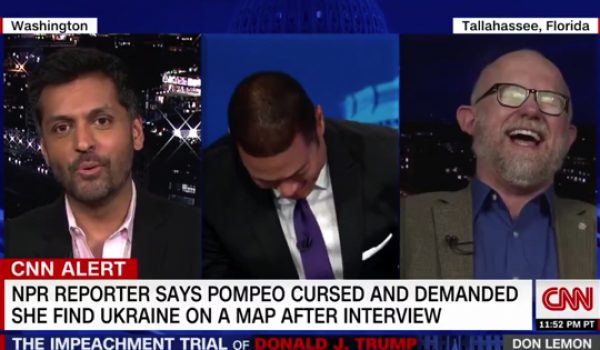