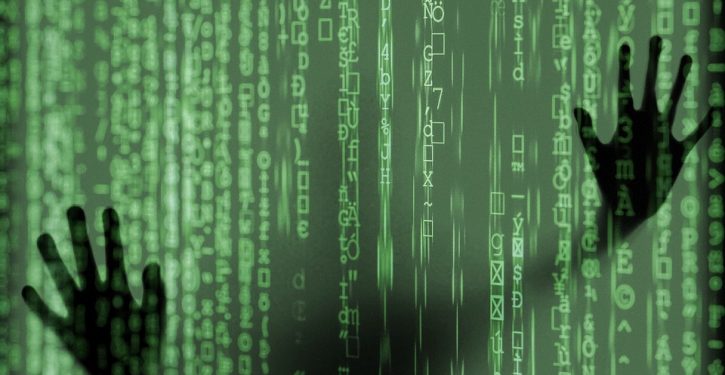 One of the experts who spearheaded a forensics report alleging Saudi Crown Prince Mohammed bin Salman hacked Amazon CEO Jeff Bezos’s phone was also part of an attempt to verify the Steele dossier.

Bezos’s iPhone began sharing large amounts of data after receiving an encrypted video file from bin Salman’s WhatsApp account in May 2018, according to a November 2019 report cobbled together by Anthony Ferrante, a cyber expert at the advisory firm FTI Consulting. The report, which Vice News published Wednesday, concluded with “medium to high confidence” that the crown prince’s phone was involved.

Ferrante determined that Gubarev’s companies “have provided gateways to the internet for cybercriminals and Russian state sponsored actors to launch and control large-scale malware campaigns over the past decade.”

Gubarev’s lawyer, Evan Fray-Witzer, dismissed Ferrante’s contention in a March 2019 statement. “Buzzfeed spent $4.1 million on a team of former FBI agents to try to prove that Gubarev and his companies did what was alleged in the Steele Dossier and came up empty-handed,” he said.

Fray-Witzer added: “The Dossier directly and unequivocally accused Alex Gubarev of having been corrupted by the [Federal Security Service] FSB and having personally hacked (or directed others to hack) the [Democratic National Committee] DNC. And that defamatory statement was, and is, a lie, plain and simple.” The FSB is Russia’s military service.

The report does not claim to have conclusive evidence that bin Salman, commonly known as MBS, hacked Bezos’s phone. (RELATED: CNN’s Erin Burnett Reveals How Little She Knows About Steele Dossier)

“A massive and unauthorized exfiltration of data from Bezos’s phone began, continuing and escalating for months” within hours of the video file being sent to the world’s wealthiest person, the report noted. BuzzFeed paid Ferrante $4.1 million to verify elements of Christopher Steele’s dossier, which pundits argued showed links between President Donald Trump and Russia.

Ferrante’s report comes after Bezos’s private security consultant Gavin de Becker said in a March 2019 Daily Beast editorial that Saudi Arabia used its technological tools to obtain Bezos’s text messages. The longtime Bezos confidant said he based his conclusion on interviews with Middle East experts, tech experts and people who have been on the receiving end of MBS’s ire.

Bezos, a media tycoon who purchased The Washington Post in 2013, suggested in a February 2019 blog post that his outlet’s coverage of the murder of Jamal Khashoggi as a potential reason for why Saudi Arabia would target him. Bezos and MBS exchanged cellphone numbers while the crown prince was visiting Los Angeles to meet with tech executives, the report noted.

Alex Stamos, a former Facebook executive who now works as a security researcher, noted that Bezos could conceivably spot Pegasus from a long distance.

“NSO Group uses Amazon Web Services to interact with WhatsApp’s APIs. So if NSO was behind the intrusion, then some of the key evidence is available to Bezos’ excellent AWS security team,” Stamos said in a tweet Tuesday night highlighting NSO Group’s use of Bezos’s Amazon Web Services.

United Nations experts called for an investigation into the alleged hack Wednesday.

“Saudi Arabia does not conduct illicit activities of this nature, nor does it condone them,” a Saudi official said in a statement. “We request the presentation of any supposed evidence and the disclosure of any company that examined any forensic evidence so that we can show it is demonstrably false.”

All “client work is confidential. We do not comment on, confirm or deny client engagements or potential engagements,” a spokesman for FTI Consulting told the Financial Times. Ferrante, for his part, is also known for trying to verify the dossier at the center of a probe into Russia’s intervention in the 2016 election.