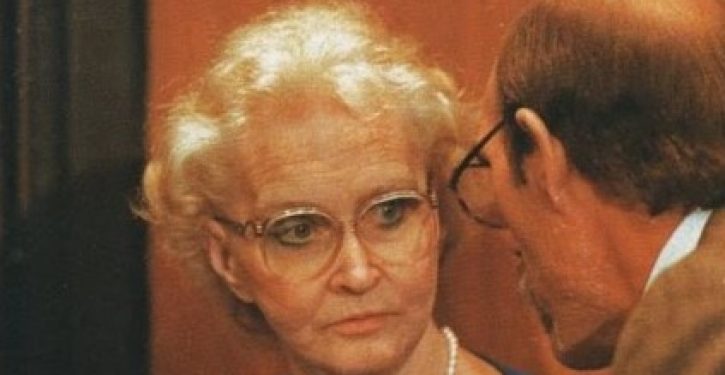 Today, a Virginia Senate committee voted 9-to-5 (largely along party lines) to make even murderers eligible for release when they reach age 50. It did so by approving a bill that now has a good chance of becoming law. The bill effectively reinstates parole for many long-time inmates, even though parole had been abolished by the Virginia legislature in 1995. The bill also guts Virginia’s three strikes law, which previously required life without parole for offenders convicted of three separate murders, rapes, or robberies, or any combination of the three.

The bill, SB 624, would make murderers and rapists who aren’t even old eligible for “geriatric release.” It would do so even though geriatric means “elderly.” It is defined in the dictionary as “old, elderly,” or “relating to, or appropriate for elderly people.”

Under the bill, a prison inmate would be eligible for geriatric release if he is 50 years old, or 55 years old, depending on how long he has been in prison. Such inmates are not old, but middle-aged. As the Merriam Webster dictionary notes, “middle-aged people” are “people between the age of about 40 and the age of about 60.” Wikipedia describes middle age as extending to 65 — far above age 50.  I am 50 years old, and have never been treated as old for any purpose.

SB 624 would let inmates seek release at age 50 if they have served 20 years, or age 55 if they’ve served 15. That’s lower than the age at which famous serial killers were still active. These inmates are younger than serial murderer Albert Fish, who killed starting at age 54, and Dorothea Puente, who killed from age 53 to 59. Many other serial killers continued killing into their 50s, such as Peter Tobin (up to age 60), John Reginald Christie (up to age 53), and Ted Kaczynski (into his 50s). The murder rate is much lower for people in their 60s than in their 50s, but there are people who commit murder even in their 70s.

Inmates would not be eligible for geriatric release under the bill if they committed a “Class 1 felony.” But even most premeditated murders are not Class 1 felonies, which include only a narrow range of killings, such as murders of cops or young children. In Virginia, “First-degree murder is classified as a Class 2 felony,” notes a web site about state laws. So the Class 1 felony exception in the bill doesn’t guarantee that dangerous criminals won’t be released.

Keeping such inmates in prison rather than releasing them can reduce the crime rate. Parolees commonly commit more crimes after being released. Statutory sentence enhancements have been found to reduce crime. Conversely, lenient penalties are less likely to deter crime.

This bill would effectively turn many life-without-parole sentences for  murder into sentences as short as 15 years. It could affect a lot of cases: a commenter says hundreds of murderers in Virginia were imprisoned just between 2001 and 2005 at age 40 or over, and many of them would thus be eligible for release.

For many types of killings, life without parole would effectively end as an option under Virginia law, if this bill passed, even though life without parole is common for murder even in many liberal states. Such short sentences for murder could provoke a real backlash from survivors of murder victims. Even survivors who publicly oppose the death penalty typically want the killer to receive life without parole, for the sake of public safety, and their own security and peace of mind.

Supporters of the bill cited low recidivism rates by offenders previously given “geriatric release” in their 60s or later ages. But that doesn’t justify granting geriatric release to people in their 50s, who are younger and more capable of committing murder and rape. Moreover, changes to the parole board’s composition may lead to higher rates of geriatric release in the future, that result in the release of higher-risk offenders.

Supporters of the bill also cited the high medical costs incurred by older inmates and the resultant savings to state prisons when someone is granted conditional release. But most of those savings are illusory. As a former state official notes, the medical costs for the state likely do not go away when a prison inmate is released: “The offender will likely still be on Medicaid. It is true that there will some savings because Medicaid will cover outpatient costs for a released inmate, but not those of one incarcerated. However, the big costs are inpatient costs and Medicaid covers those whether an offender is in prison or not.” 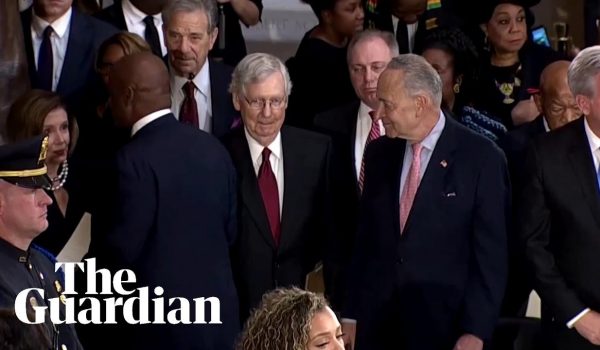 Mitch McConnell should recuse himself
Next Post
Spoiler alert: There will be no impartial justice for Donald Trump