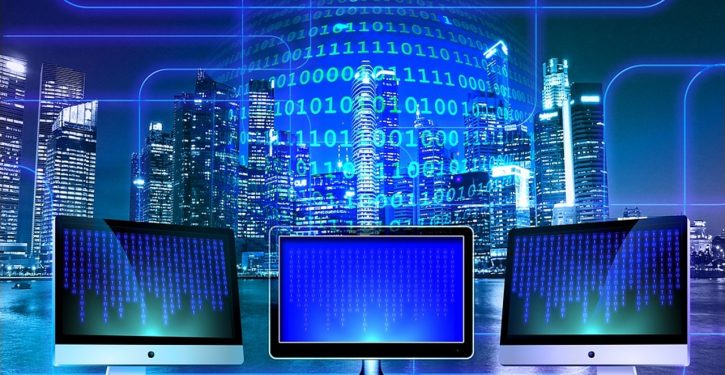 The co-founder of a security firm behind reports suggesting Russia is targeting the company that employed Hunter Biden previously worked with a group at the center of Democratic National Committee email hacks in 2016, according to a Daily Caller News Foundation analysis.

Area 1 co-founder Brad Darche worked as a consultant with CrowdStrike, a group responsible for not doing more to prevent Russians from gaining access to DNC emails ahead of the 2016 election, the group’s website shows. Nearly half of the 2020 presidential candidates are reportedly using the group’s services.

Area 1’s report noted that the hack happened while Trump was facing withering scrutiny over allegations that he withheld military aid from Ukraine to pressure the country’s president into opening an investigation into Hunter Biden. (RELATED: Russians Hacked Burisma: Report)

Democratic Sen. Elizabeth Warren of Massachusetts provided $1,300 to the firm in 2019 ostensibly for security purposes, according to a Federal Election Commission (FEC) filing in December. The FEC reportedly allowed the firm to provide services for the campaigns if it charges the campaigns the same price.

Area 1 CEO Oren Falkowitz, a former National Security Agency hacker, for his part, donated $1,300 to Warren’s campaign in July 2019, federal data show. He gave the same amount in September of that year to New Jersey Sen. Cory Booker, a Democrat who ended his presidential campaign Monday.

The New York Times first reported on Area 1’s published data Monday but did not mention Area 1’s work with Warren’s campaign. Joe Biden’s campaign, for its part, said in a statement that Area 1’s report is par for the course in the age of Russian meddling.

“Donald Trump tried to coerce Ukraine into lying about Joe Biden and a major bipartisan, international anti-corruption victory because he recognized that he can’t beat the vice president,” Andrew Bates, a spokesman for the Biden campaign, told The NYT in a statement.

“You can see this attack really is starting to parallel with what we saw in 2016,” Falkowitz told Reuters. Area 1 provided scarce details about how it determined that the hackers’ work was connected to the GRU, Reuters reported.

Cyber experts questioned Area 1’s methods after the group suggested in 2018 that China hacked European diplomatic communications, Politico noted in its report on the alleged Russian hacks. Some experts reportedly said the firm demonstrated “a major ethical lapse” when it shared diplomatic documents with reporters.

Darche, Area 1’s co-founder, said, “We are 100% certain” that the GRU was behind the hacking. He told Reuters that unpublished data Area 1 collected linked the operation to a person in Moscow, whose identity is not known.

Neither the Russian Embassy in Washington nor Burisma responded to the DCNF’s requests for comment. Area 1 has also not returned a request for comment about Falkowitz’s past contributions.