Legislation in Virginia would shrink the value of the state’s economy and fundamentally alter its business climate. The “Virginia Values Act” would subject even small businesses to unlimited compensatory and punitive damages in discrimination lawsuits, and order businesses to pay the lawyers’ bills of the workers, tenants, or customers who sue them. It would also let the state attorney general sue businesses for a $50,000 fine. But if a business proves itself innocent, it would receive nothing under the Virginia Values Act — no reimbursement of its attorney fees.

That is very one-sided. If the “Virginia Values Act” become law, many businesses will have a powerful incentive to pay off people who make even very dubious accusations of discrimination. Having to put up with that injustice will discourage people from starting a business in the first  place.  It will also discourage large companies for expanding into or relocating to Virginia, since plenty of other states don’t impose such onerous damages and fines on companies in discrimination cases.

The Virginia Values Act was introduced on January 8 as Senate Bill 868. It is more extreme than, but in some ways similar to, California’s Fair Employment and Housing Act (FEHA). That law also provides for unlimited compensatory and punitive damages in discrimination cases, and also forces the business to pay the attorney fees of a person who successfully sues it.

But the Virginia Values Act is more radical and anti-business. It also imposes civil fines, unlike California employment law. And unlike California’s law, the Virginia Values Act applies not just to employment and housing, but also public accommodations, like restaurants and hotels. (California has a separate, less anti-business law banning discrimination in public accommodations. For example, that law, the Unruh Act, routinely lets an innocent business collect its attorneys fees when it wins).

Comparisons to California are instructive, because it does not have a very good business climate compared to most states. In its annual ratings, the American Tort Reform Association typically rates California as having the worst or second worst legal climate in America.  CNBC ranks it #50 — dead last — in “cost of doing business,” and #32 in overall business climate out of the 50 states. Businesses are more likely to leave California than to move into it, like Northrop  Grumman and Nestlé, which moved to Virginia from California a few years ago. Up to 10,000 businesses have left California in recent years.

Legislation like FEHA is a key reason why California has a bad business climate. It creates a constant need for businesses to pay nuisance settlements. I saw this first-hand as a young lawyer in Los Angeles. The law firm I worked at ended up repeatedly paying people discrimination settlements after it terminated them for totally non-discriminatory reasons — such as when their job became obsolete and was eliminated. (For example, computers with word processors made many legal secretaries unnecessary.)

Fighting these lawsuits would have cost the law firm more than it was worth. Years ago, it was estimated to cost an average of $25,000 for an employer to get a very weak discrimination lawsuit against it dismissed at the earliest phase of litigation (“motion to dismiss”), $75,000 to get a fairly weak lawsuit dismissed at a later phrase (“summary judgment”) and $250,000 to defeat a lawsuit that goes all the way to trial.

And when a business or institution loses a discrimination lawsuit, it can be ordered to pay huge amounts of money in attorneys fees to the plaintiff. That’s true even when the jury didn’t award the plaintiff much money because the plaintiff wasn’t really harmed. For example, a court awarded a worker over $40,000 in attorney fees even though the jury awarded her only $1 in damages, in Brandau v. State of Kansas (1999).

The Virginia Values Act is even more anti-business than California’s anti-business law in the way it awards attorney fees.  Under the VVA, the court can only “award a prevailing plaintiff reasonable attorney fees and costs.” Not a prevailing defendant — like a business that was found not guilty by a jury. So if the plaintiff brings a totally groundless lawsuit, and forces an innocent business to spend $250,000 defending itself, the business is not reimbursed a penny for its legal expenses under the VVA.

By contrast, in California, the defendant business can be awarded its legal expenses if it shows the lawsuit was groundless. That’s because California’s Fair Employment and Housing Act provides that a business is entitled to be compensated for its lawyer bills if “the court finds the action was frivolous, unreasonable, or groundless when brought, or the plaintiff continued to litigate after it clearly became so.” (This is the same standard used by the U.S. Supreme Court in federal civil-rights cases).

That standard isn’t very pro-business, because it only penalizes clearly unreasonable lawsuits. Only a tiny percentage of workers who lose lawsuits are ever ordered to pay their employers’ legal bills under it. But it does discourage at least some unreasonable lawsuits from being filed, and thus makes it harder to extort settlements from innocent businesses.

The Virginia Values Act lacks even that minimal safeguard against groundless lawsuits and extortion.

The VVA is even more extreme compared to the Unruh Act, California’s law against discrimination in public accommodations. Under the Unruh Act, businesses that win a lawsuit are entitled to recover attorneys fees in many cases, even when a lawsuit against them was not frivolous or groundless. That is a more pro-business standard than exists in California employment and housing law, and far more pro-business than the VVA.

In short, the Virginia Values Act will make Virginia more anti-business in some ways than California. That is disturbing, because California’s employment laws are anti-business enough to be a drag on its economy. Researchers at the RAND Institute found that employer fears of lawsuits due to California’s anti-employer laws shrank employment in the state by 2-3%.  The Virginia Values Act will similarly shrink the size of Virginia’s economy if it becomes law.

It will also cause businesses to leave Virginia. California has a wonderful climate that limits the number of people who flee the state due to its bad business climate. Virginia doesn’t. It has hot humid summers and cold winters that make it less appealing. And it is much easier to escape. Nothing stops a business from relocating to nearby North Carolina and Tennessee. Virginia is smaller and surrounded by more states than California, making it easier to lose businesses if it adopts a hostile attitude toward businesses. Bristol, Tennessee already attracts businesses from neighboring Bristol, Virginia, right across the border — due partly to Tennessee having no income tax.

Despite the economic damage it will cause, the Virginia Values Act has a real chance of becoming law because in addition to its many other changes to Virginia discrimination law, it also adds “sexual orientation” and “gender identity” (that is, transgender status) as grounds on which discrimination is forbidden. Thus, there are people who mistakenly believe its passage is needed to ban discrimination against LGBT people.

In fact, other bills also proposed this year also add “sexual orientation” and “gender identity” to Virginia discrimination law. So it is not necessary to pass the Virginia Values Act to outlaw discrimination against the LGBT community, because other alternative legislation is pending that would do that as well. But those other bills would not be nearly as costly to employers, housing providers, and public accommodations.

The Blue Virginia web site claims the bill is supported by legislative leaders and Governor Ralph Northam (D). But they don’t seem to have endorsed the VVA. The public statements by them that it links to only show support by these officials for outlawing discrimination against LGBT people, not support for this particular bill. So it is unclear whether the VVA is likely to pass or not.

It does appear certain that the legislature will pass legislation outlawing discrimination based on sexual orientation and transgender status this year, in employment, housing, and public accommodations. But it may do so by enacting a different bill than the VVA.

Trump alludes in interview to reason for not telling Congress in advance about Soleimani strike
Next Post
Ex-DOJ FISA expert picked to reform FBI deficiencies was vocal critic of Nunes, ardent supporter of Carter Page surveillance 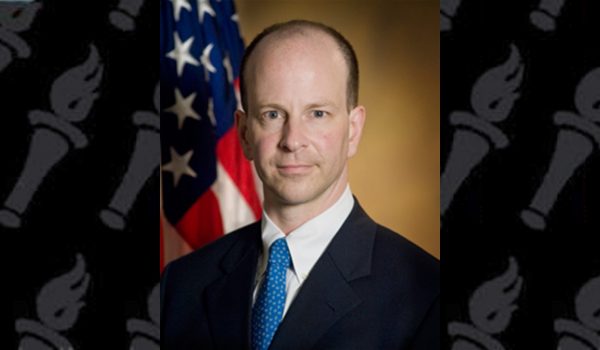