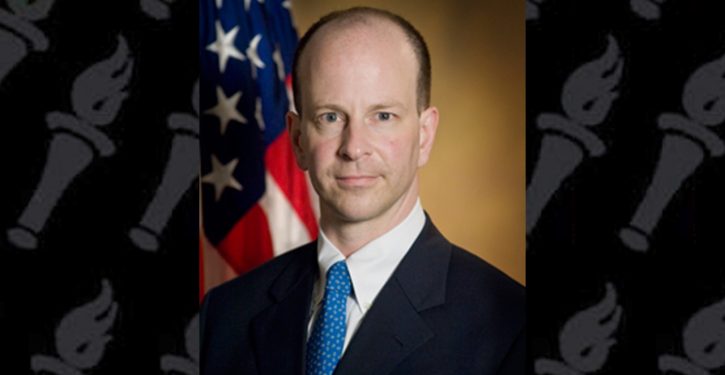 A former Justice Department official picked Friday to oversee the FBI’s reforms of its surveillance procedures in the wake of a damning inspector general’s report was one of the many pundits during the Russia probe to defend the bureau’s surveillance of Trump campaign aide Carter Page.

David S. Kris, a former assistant attorney general for national security, was also an outspoken critic of Rep. Devin Nunes and other congressional Republicans who accused the FBI of misleading the Foreign Intelligence Surveillance Court (FISC) in applications to wiretap Page.

An inspector general’s (IG) report released Dec. 9, 2019, largely vindicated Republicans and Page. The report identified 17 errors and omissions the FBI made in its four applications to surveil Page. The IG also said the FBI was unable to corroborate allegations that Page was a Russian agent.

Judge James E. Boasberg, who presides over the FISC, tapped Kris serve as amicus curiae for a review of the FBI’s handling of the Page surveillance warrants. In that role, Kris will “assist” the FISC in assessing the FBI’s implementation of a series of reforms to address the problems uncovered in the IG report.

Nunes and Page both panned the choice of Kris given his past commentary defending the FBI.

“It’s hard to imagine a worse person the FISC could have chosen outside Comey, McCabe, or Schiff,” Nunes, the ranking member of the House Intelligence Committee, told the Daily Caller News Foundation.

“The choice is shocking and inexplicable.”

Page also weighed in on Kris’s selection to oversee the FBI’s reforms.

“If there were any hope for the system fixing this FISA mess, it extinguished with David Kris’ appointment,” he told The DCNF.

“Nobody trying to fix the rampant abuse and coverup plaguing the entire FISA process would have picked Kris,” continued Page, who called Kris a “longtime FISA apologist.”

“Instead, you appoint Kris for only one reason: you don’t want the system fixed. You just want it to look like you do.”

Kris, who served at the Justice Department from 2009 to 2011, asserted in his writings during the Trump-Russia probe that Republicans had “falsely accused” the FBI of misleading the FISC in its wiretap applications.

He also accepted the FBI’s assertion that there was probable cause to believe that Page was a foreign agent of Russia — an allegation that was all but debunked by the special counsel’s report and the inspector general’s report.

“It’s disturbing that Page met that legal standard and that there was probable cause to conclude he was a Russian agent,” Kris wrote in an essay March 1, 2018, at Lawfare, a blog operated by the Brookings Institution.

Kris’s assessment — which echoed that of many Democrats and liberals in the media — accepted the FBI’s claim at face value that Page was a Russian asset. The FBI made the assertion in four applications to the FISC to wiretap Page. The basis for the allegation was the Democrat-funded Steele dossier.

The Justice Department inspector general’s report offered a brutal rebuke of the FBI’s surveillance of Page. It also offered a scathing portrait of Christopher Steele, the former British spy who wrote the dossier.

The IG report said the FBI withheld information regarding Page, a former Naval officer, that undercut the idea that he was a Russian agent. FBI agents also failed to disclose information that raised questions about Steele’s credibility and reliability.

The FBI failed to inform the FISC that one of Steele’s main dossier sources told agents in January 2017 that Steele misrepresented and exaggerated information in the dossier, including about Page. (RELATED: Steele Dossier Was ‘Central And Essential’ To FBI’s Decision To Obtain Carter Page FISA)

The IG report said FBI agents inaccurately stated in the FISA applications that Steele had provided information in the past that the bureau used in indictments and search warrants. The report said the claim was inaccurate, and that Steele’s associates had given mixed reviews about his reliability.

FBI Director Christopher Wray submitted a response to Collyer’s order Friday. He apologized for the errors in the wiretap applications submitted to the FISC, and said he plans to implement dozens of reforms to address the problems identified in the IG report.

Kris is one of eight individuals designated by FISC as eligible to serve as an amicus curiae, which are designed to act as neutral arbitrators in issues involving the FISA process.

Boasberg did not provide a rationale for choosing Kris. None of the other seven potential amici curiae have spoken out publicly about the Page FISA issue or the Trump-Russia probe.

FBI Director Christopher Wray submitted a response to Collyer’s order Friday. He apologized for the errors in the wiretap applications submitted to the FISC, and said he plans to implement dozens of reforms to address the problems identified in the IG report.

Kris is one of eight individuals designated by FISC as eligible to serve as an amicus curiae, which are designed to act as neutral arbitrators in issues involving the FISA process.

Boasberg did not provide a rationale for choosing Kris. None of the other seven potential amici curiae have spoken out publicly about the Page FISA issue or the Trump-Russia probe.

In his March 1, 2018, essay at Lawfare, Kris wholeheartedly defended the FBI’s actions in the Trump-Russia probe, while criticizing Nunes over a memo he released Feb. 2, 2018, laying out a list of alleged problems with the FBI’s rationale to surveil Page.

Kris asserted that Nunes “falsely accused the FBI of deceiving the FISA Court.” He also questioned whether Nunes and other Republicans would “face any consequences for their dishonesty.”

“The Nunes memo was dishonest. And if it is allowed to stand, we risk significant collateral damage to essential elements of our democracy,” wrote Kris, who is now a consultant at Culper Partners and frequent guest on MSNBC.

Kris went as far as entertaining the possibility, first proposed by Harvard law professor Laurence Tribe, that “Nunes might be prosecuted for obstruction of justice.”

Kris also wrote that the memo’s central claim that the FBI misled the FISC about Christopher Steele “was not true.”

Kris has acknowledged since the release of the IG report that the FBI committed some “significant and serious” errors in its Carter Page FISA applications. He also conceded in a Lawfare essay published Dec. 23, 2o19, that Nunes’s assertion that the FBI engaged in irregular behavior was “correct.”

But for Kris, the biggest takeaway from the IG report were the findings that reflected positively on the FBI.

He wrote on Twitter the day the report was released that “the most important take-away” from the report was that the FBI did not exert political bias in order to undermine the Trump campaign. He also wrote that the errors identified in the IG report “don’t support any claim of deep-state conspiracy or political bias.”

“The FISC chose a guy who utterly denied the abuses of the Carter Page FISA warrant and then downplayed them when the Inspector General reported on them,” Nunes told the DNCF.

A request for comment submitted to Kris’s consulting firm, Culper Partners, was not returned.

New employment legislation would harm state’s economy
Next Post
Will U.S. become involved in nation-building in Iran? Should it?