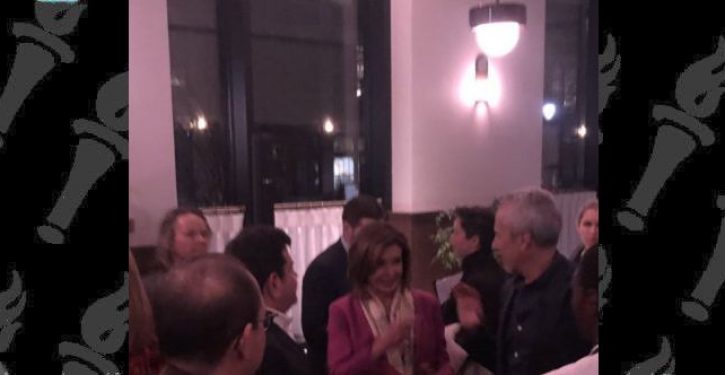 One thing Democrats in power seem to be good at is not allowing business to interfere with pleasure. On Tuesday, as reports of Iran’s retaliatory missile assault on bases in Iraq began to filter in, Speaker Nancy Pelosi tweeted out that she was “monitoring the situation” and was concerned for the safety of our men and women in uniform:

Closely monitoring the situation following bombings targeting U.S. troops in Iraq. We must ensure the safety of our servicemembers, including ending needless provocations from the Administration and demanding that Iran cease its violence. America & world cannot afford war.

But a photograph posted to Twitter during the same time period shows a smiling Pelosi chatting amiably with fellow revelers at the opening of Maialino Mare, a pricey Italian restaurant conceived by celebrity New York restaurateur Danny Meyer. 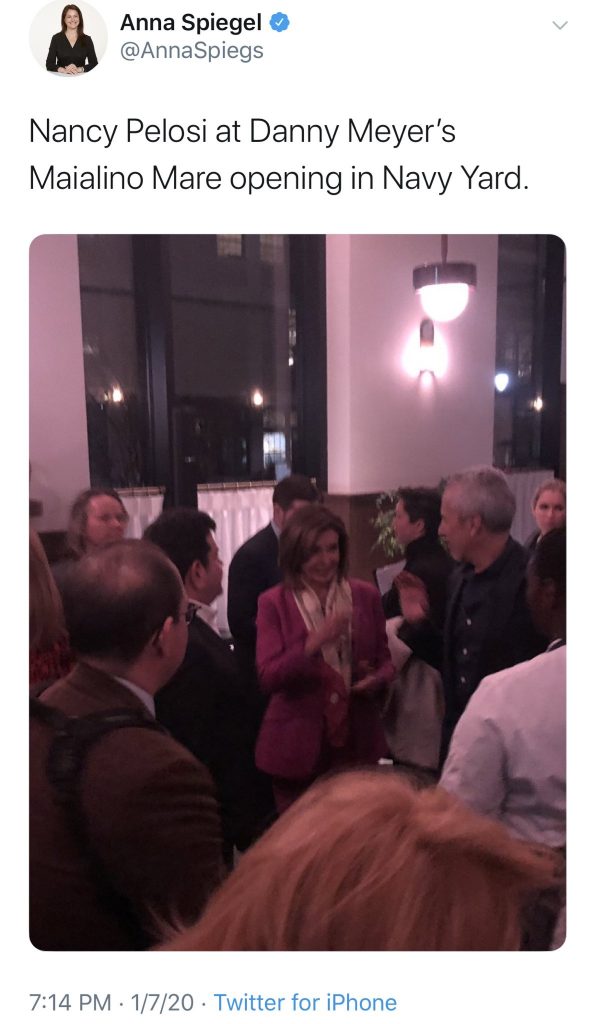 The time stamp on the photo — 7:14 p.m. — shows it was snapped 16 minutes before Pelosi’s post (which also takes a gratuitous shot at the president). One has to wonder how “closely” she was monitoring the situation with a drink in her hand.

The incident is a grim reminder of Barack Obama’s whereabouts during the raid on the U.S. consulate in Benghazi, which are still unknown. As conservative writer Marc Thiessen wrote in the Washington Post twenty months after the attack, that information is being jealously guarded:

[D]ata on the presidents’ whereabouts are collected by a career National Archives employee whose title is White House diarist. This individual preserves them as a minute-by-minute historical record of the presidency for future use by presidential scholars.

What this means is that there exists a minute-by-minute record of where the president was and what he was doing for all eight hours of the Benghazi attack.

So how is it that the White House has failed to give a full account of the president’s whereabouts during that eight-hour period? The White House knows precisely where he was and what he was doing, yet it is refusing to share that information with Congress and the American people. This is unacceptable.

At least we know where the woman who is two heartbeats away from the president was during the Iranian assault. And we also know where she wasn’t. And that’s anywhere where she could “closely monitoring the situation.” 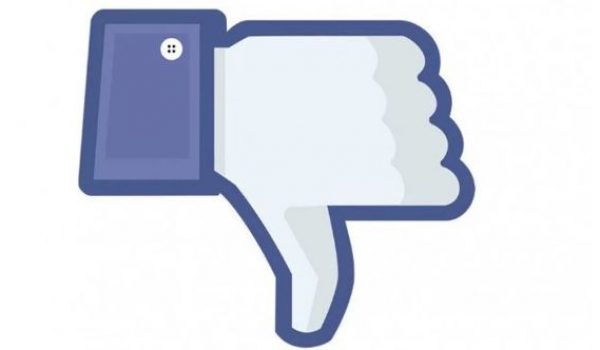 Facebook executive: We got Trump elected, and we shouldn’t stop him in 2020
Next Post
Joe Biden’s really bizarre record on Israel