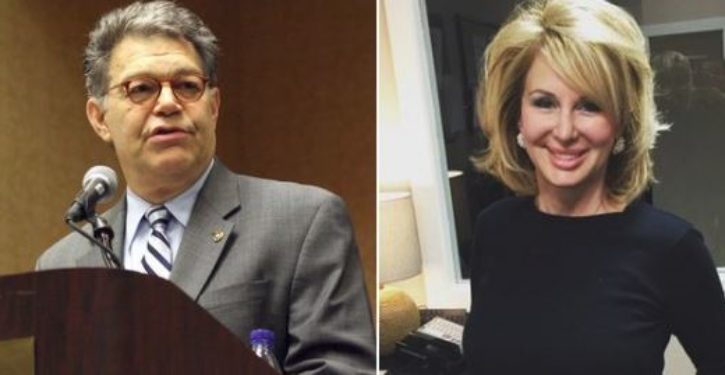 It seems as though the question is no longer if Sen. Al Franken will resign but when. Early today, Sen. [score]Kirsten Gillibrand[/score] (D-N.Y.) posted an argument on Facebook for why Franken should step down. In it she wrote:

I consider Senator Franken to be a friend and have enjoyed working with him in the Senate in our shared fight to help American families.

But this moment of reckoning about our friends and colleagues who have been accused of sexual misconduct is necessary, and it is painful. We must not lose sight that this watershed moment is bigger than any one industry, any one party, or any one person.

A short time ago, the Associated Press released a dispatch citing a tweet by Oregon Sen. Ron Wyden, another Democrat, that said:

I expect that Senator Franken will announce his resignation tomorrow. It is the right thing to do given this series of serious allegations.

Franken himself commented earlier that he will be making a statement on Thursday.

All of this raises the question of why suddenly Franken is no longer ready for primetime in the eyes of the party.

Understand, I have no desire to see the former Saturday Night Live cast member stay in the Senate. I could never understand what motivated the citizens of Minnesota to elect him in the first place.

But the sudden bum’s rush treatment smells of a thinly veiled agenda. Fox News commentator Brit Hume may have touched on the motivation when he tweeted:

Republicans should now pray that either Franken refuses to quit or Moore loses. Otherwise, a hot mess for the party as Moore becomes their hood ornament. https://t.co/y15nsJsyh6

Indeed, with John Conyers having “retired” yesterday, the only current member of Congress who has been in the headlines recently for his sexual escapades is Franken. By excising this last remaining tumor, Democratic lawmakers can return cynically to claiming the moral high ground.

Sen. Chuck Schumer can speechify daily on the Republicans’ low bar on ethics and morality. This, in turn, could very well pave the way for a change in leadership in one or both chambers of Congress come the 2018 midterms.