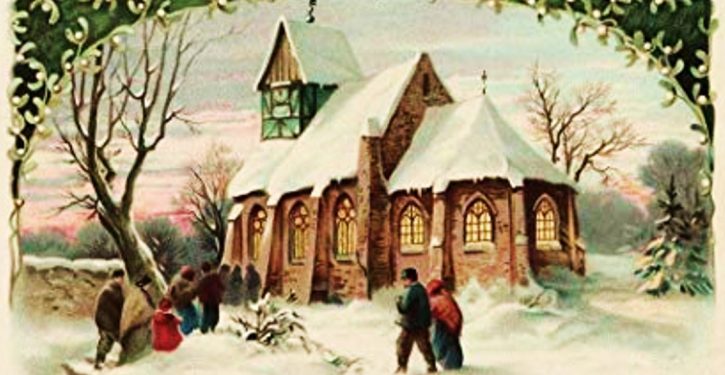 Christmas 2019 seems to many to come skidding in on the road hazard of great divisions.  Besides the massive movement of popular uprisings around the globe, America is riven by a bizarre political spectacle being called “impeachment” of the president, which acts as a sort of political Loch Ness monster or Bigfoot, never quite showing itself, and certainly not in honest daylight.

Just before Christmas, the mainstream media began lionizing a division among Christians, framed by an appeal to evangelicals from Christianity Today, the magazine founded by Billy Graham, to oppose President Trump and seek his removal from office.  Billy Graham’s son, Franklin Graham – like his father an evangelical Christian minister – disavowed the editorial view expressed in that piece, saying his father had voted for Trump, and would be disappointed in the magazine he had started more than 60 years ago.

There have been responses to Christianity Today in the days since.  But my purpose here is not to talk about them or address the lines of argument.  It is, rather, to say that we are seeing altogether too much of this “division among Christians” business.

One could write volumes about it in 2019, in view of all the remarkable things happening in today’s world.  But pondering and arguing and judging all the different developments isn’t the right focus – at any time, really, and certainly not at Christmas.

Jesus didn’t come to sow discord.  He came because there is discord.  It’s endemic to the human condition, and we try to address it in the same ways every time:  rote lectures, checklists for rectitude, franchising and branding the emotional satisfactions of popularity, vaunting social homogenization.  When that doesn’t work, we too often turn to the state-sponsored scaffolds for hanging and the stakes for burning.  Our ability to arm ourselves against each other is always there to make disputes of faith, like all our other disputes, turn deadly and terrible.

The message of Jesus soars above all that.  It says that those consequences of our humanity won’t be extinguished from the earth – but that he has overcome them, and through him, so can we.

Jesus was ready for the reality that in 2019, Christians in America who had experienced the incredible blessing of centuries of peace with their fellow Christians would be nitpicking at each other over a political figure.

Jesus said two things that are more pertinent than anything else he said (and we’re seeing him quoted in the service of political disputes an awful lot in the last few months).  One comes from John 16:33:  “I have told you these things, so that in me you may have peace. In this world you will have trouble. But take heart! I have overcome the world.” (Quotations from NIV.)

The other is from Matthew 22.  In verse 36, Jesus is asked: “Teacher, which is the greatest commandment in the Law?”

The beauty of these reminders is that neither of them is about getting our recalcitrant fellow men to agree with us on either God’s checklist or Caesar’s.  Nor does either enterprise belong to us to define or set boundaries on.  Jesus’s words already mean what they mean; we’re not waiting for their meaning to finally be realized.

We already have peace.  “Peace I leave with you; my peace I give you,” Jesus said in John 14:27.  “I do not give to you as the world gives. Do not let your hearts be troubled and do not be afraid.”

We can already love our neighbors as ourselves.  That includes the other Christians who don’t see the presidency of Donald Trump through the same lens we do.  This is because God first loved us (I John 4:19).

I wrote a number of years ago about always enjoying the season of Advent, the beginning of the liturgical Church year, in part because it echoes with such connections to Christians past and present.  In spite of what divides us in a given present, for centuries, under palm trees or pines, within stone walls or wooden ones, under snow or before the breezes of summer, with candle light and songs, we have all commemorated waiting for the same thing: the Prince of Peace.

In America, we wrote a new chapter dedicated foremost to not weaponizing our checklists against each other.  The very reason is that the promise of Jesus, the Prince of Peace, is already real.  We have peace; it does not depend on our neighbors, under threat of state-armed force, living by our checklists.  We aren’t required to live as our neighbors do, or they as we do; the commandment is to love them – as God conceives love, which means come as you are.

We haven’t stopped having these great gifts.  Little by little, over time, we have learned to live as if we know we have them.  We can still do so, even though none of us can really claim definitive knowledge of what the God of heaven is doing in the earth with Donald Trump.  What we think God is doing is about how we see God, much more than it is about Trump.

But that discussion is for another time.  It’s Christmas, and we have learned in the last 2,000 years the precious lesson of how to walk in peace with each other – not perfect accord, but peace – in spite of disagreements and difficulties.  Whom did we learn it from?  The Savior at whose coming we rejoice.  Dearly beloved, if we are looking for an answer, that’s where it lies.

Merry Christmas and all the blessings of the season of peace to all our treasured citizens of LU Nation. 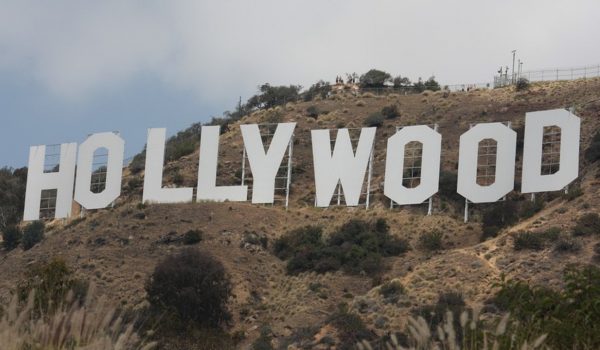 Plummet 2019: Americans staying away from movie theaters in droves
Next Post
Gowdy: Pelosi has no constitutional authority to dictate rules of Senate impeachment trial