Toward the end of J. M. Barrie’s childhood classic “Peter Pan,” the audience is asked to demonstrate its belief in the power of the imagination by clapping loudly for the ailing sprite Tinkerbell. “I believe, I believe” Peter says on stage, urging ever louder applause.

The play must have had a profound effect on Rep. Maxine Waters. The Califonria congresswoman recently appeared on CNN, where she said she still believes Donald Trump colluded with Russia, despite its having long been debunked.

She also said she’ll always believe the conspiracy no matter what.

So I believe that they wanted to elect President Trump and Trump, I believe agreed. I will always believe this, that he agreed if he got elected that he would lift those sanctions. He would like to do it. He’s not been able to do it, but when they talk about we’re just making things up, and he talks about this as a witch hunt, there are too many facts.

Waters also questioned the patriotism of Republicans who disagree with her and her fellow leftists — in other words, those who refuse to clap for Tinkerbell.

I will always believe that Maxine Watters is a low IQ individual.

She can believe whatever she wants but she has no credibility

To remove Trump from office, Dems have to commit same ‘crime’ he allegedly did
Next Post
VIDEO: Is this Democrats’ carelessness or something worse? 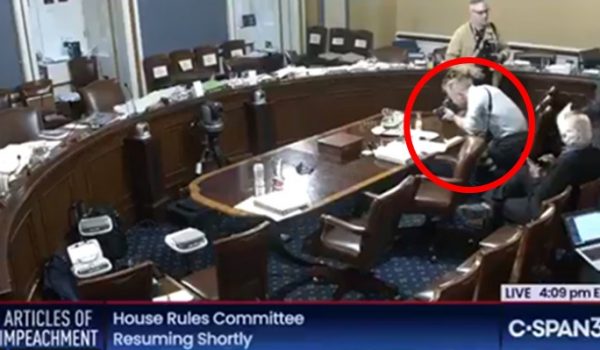