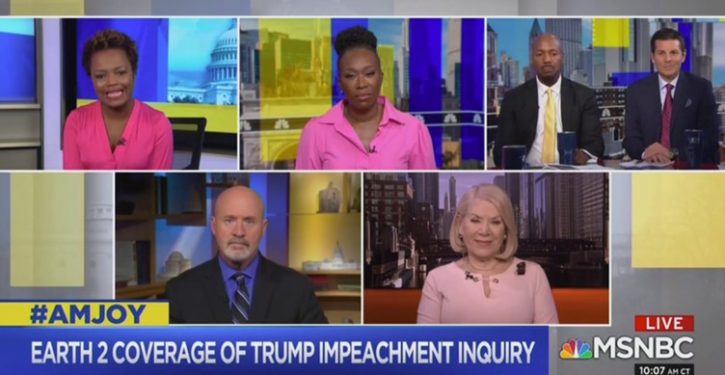 If you were wondering what life after the Dems’ sham impeachment would be like, it’s already begun. Having apparently accepted the reality that, despite the best efforts of Adam Schiff, Jerrold Nadler, and Nancy Pelosi, Donald Trump is destined to remain president and possibly even win a second term, MSNBC’s Joy Reid conducted a panel session on the frightening possibility that Trump might not leave office when his time is up. (RELATED: MSNBC’s Joy Reid: Trump’s 4th of July celebration is ‘threat to his fellow Americans’)

Reid launched the segment with a video of the president wondering aloud whether the number of terms a president can serve should be extended. It was clear from his tone that Trump was joking, and Reid even introduced the segment by acknowledging as much, though she drew air quotes around the word joking. (The video appears further down.)

But when time came to discuss this weighty issue, Reid and her panelists were dead-serious. One by one, they shared their nightmarish fantasies beginning with Reid, who claimed Trump “doesn’t believe in the constitutional norms.” NewsBusters encapsulates other lowlights of the exchange:

Dean Obeidallah spun a scenario in which AG Bill Barr would devise a legal pretext and get to the Supreme Court, where the hope would be that “their GOP-controlled Supreme Court keeps him there.”

NBC legal analyst Glenn Kirschner claimed that President Trump is pardoning “war criminals,” and planning “to call on the military and they’re going to rise up to help me.”

MSNBC analyst and MoveOn.org spokesperson Karine Jean-Pierre said that Trump’s base would “go into the street” to support his right to a third term, adding, “we’re in a dangerous, dangerous place with our democracy.”

It’s fascinating after three years of looking the other way while Antifa inflicted mayhem throughout America to hear liberals quake with fear over the angry hordes who would “go into the street” to enforce Trump’s dictatorship.

Maybe Reid and company could spend their time more fruitfully by entertaining “what if” speculation about the politician who lost the 2016 election fair and square but continues to pretend that she — and not Trump — won. With the increasing possibility that Hillary Clinton will throw her hat in the ring, that might be a conversation worth having. 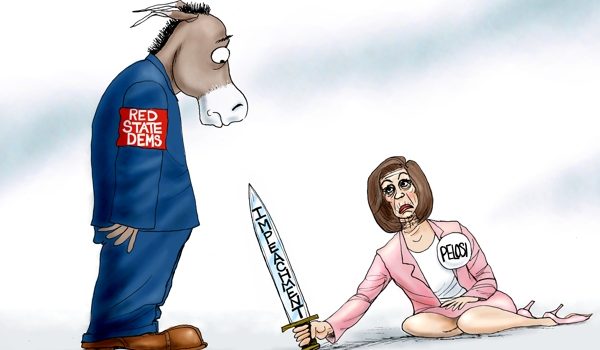 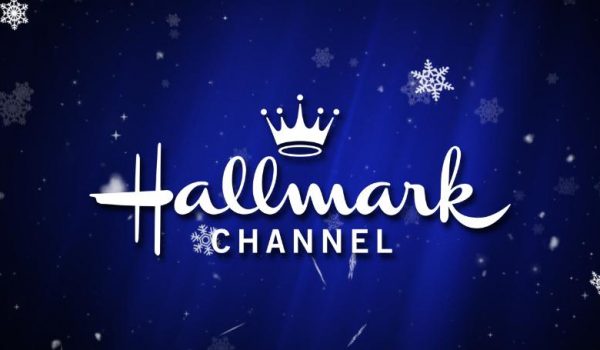