The Department of Justice is withholding documents about the Imran Awan cybersecurity scandal by saying there is an ongoing, secret case related to matter, according to court papers.

Judicial Watch filed a Freedom of Information Act lawsuit Nov. 7, 2018, for 7,000 pages of Capitol Police records related to the cybersecurity investigation, and Aug. 2, the DOJ agreed to begin producing records by Nov. 5.

That deadline came and went with no records being produced. On a Nov. 13 phone call, the DOJ said “technical difficulties” had resulted in a delay, Judicial Watch stated in a court filing.

The DOJ later changed its story and said it was actually withholding documents “pursuant to an Order issued by the Honorable Tanya S. Chutkan who is presiding over a related sealed criminal matter,” prosecutors said in a Dec. 5 filing. (RELATED: Fifteen Things To Know About ‘Pakistani Mystery Man’ Imran Awan)

“The ‘difficulties’ in providing responsive material was [sic] due to the unexpected and unique set of facts described above that was out of control of the Defendant. Defendant’s only motivation was to maintain the integrity of the sealed matter as much as possible,” assistant U.S. Attorney Benton Peterson said in the filing.

Awan’s attorney, Chris Gowen, did not respond to a request for information about any ongoing case.

The DOJ said it closed the investigation with a plea deal to minor charges July 3, 2018.

Prosecutors issued what Chutkan acknowledged at the time was an unusual statement explicitly saying a lengthy investigation had found no crimes related to his work as a computer administrator for House Democrats. The plea deal even gave Awan partial immunity.

Judicial Watch filed a FOIA request in an attempt to square that determination with a large body of evidence of suspicious behavior, which included alleged threats against witnesses, connections to foreign officials, false House ethics disclosures, severe cybersecurity violations documented by the House inspector general, disappearing computer equipment, and bullying of the Capitol Police by Democratic Florida Rep. Debbie Wasserman Schultz for examining evidence in the case.

In court Friday, the DOJ lawyer said he had not actually seen any judge’s order requiring secrecy, and he would not commit to explaining to the judge why the case had to be secret — even if that explanation was itself given privately.

He told U.S. District Court Judge Amit P. Mehta, who is presiding over the FOIA lawsuit:

On Nov. 4, the day before we were supposed to make a production, the agency was informed by one of its custodians that there may have been a seal that would impact production. … It was only in learning of the sealing order that I learned that I couldn’t discuss the sealing order. … We have this cache of documents that we were going to produce, but now we can’t.

Mehta said that “typically when criminal cases have concluded, the materials become public and I don’t know whether there’s any relationship between the judge’s order and that case. … The seal Judge Chutkan has ordered, is that itself sealed?”

“Have you seen a copy of that order?” the judge asked.

“I have not,” he said, acknowledging he was also “fairly unfamiliar with the criminal matter” and that “I fairly rarely do FOIA.”

Judicial Watch’s attorney, James Peterson, replied what they were being told is “simply not accurate. … We were sandbagged over the phone the day before it was due with something that was not true, and we don’t even know if there is a sealed order.”

“I appreciate your frustration. This case was filed seven, eight months ago and we’re only now hearing of this sealing issue. I would be interested in getting a written copy of the sealing order, among other things,” Mehta said.

Court records that have since been erased suggest that far from prosecuting the Awans for new crimes, the “sealed” matter might be because Chutkan agreed to essentially expunge records related to Awan’s wife Hina Alvi — a request that was strongly opposed by the DOJ itself as unfounded and extraordinary. (RELATED: Awan’s Own Wife Turns, Accuses Him Of Fraud, Violent Threats)

On Oct. 9, 2018, Alvi’s attorney drafted a proposed “order to seal public criminal records” for the judge to consider.

On Oct. 16, 2018, prosecutors filed a “government’s opposition to defendant’s motion to seal publicly available records of a non-conviction.”

“The Court should summarily deny defendant’s motion,” they wrote. “Defendant cannot establish that her arrest was invalid or illegal, that the indictment was defective or not supported by probable cause, or that the expungement of the record is authorized by any ‘specific statutory authority,’ as she must in order to qualify for expungement.”

“To the extent that the defendant premises her claim for relief on an assertion of innocence, this claim must fail. The fact that the government agreed, as part of the plea agreement with defendant’s husband, to dismiss the indictment against the defendant does not negate the grand jury’s finding of probable cause nor does it concede the innocence of the defendant,” prosecutors said.

They said expungement was for “extraordinary” circumstances “necessary to protect basic legal rights,” whereas Alvi simply escaped bank fraud charges because prosecutors agreed to drop charges against her in exchange for her husband pleading guilty.

Alvi “argues that she would like to attend a trade school and open a business, and she speculates that the record of her arrest ‘will likely prevent one or more of these endeavors,” they wrote.

The motion and opposition were left unanswered by the judge for many months. Then, sometime in the past few months — as the FOIA lawsuit heated up — Chutkan appears to have belatedly granted the proposed seal or something similar. The proposed motion to seal and the government’s opposition are apparently gone from the court docket, and Alvi’s name has been removed — though all 80 documents pertaining to the Imran Awan case remain.

Indeed, the draft motion to seal appears to pertain only to Alvi, not Awan, saying “only those records, or portions thereof, relating solely to the movant [Alvi] be redacted from the co-defendant’s [Awan’s] records.” 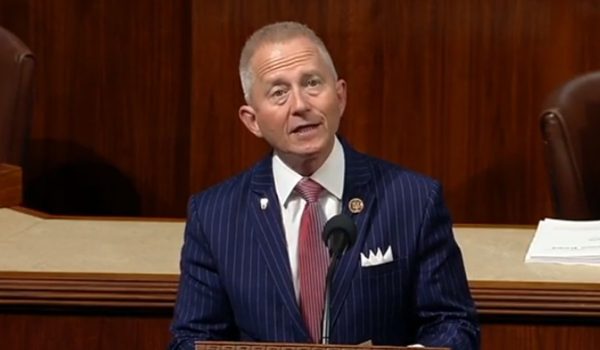