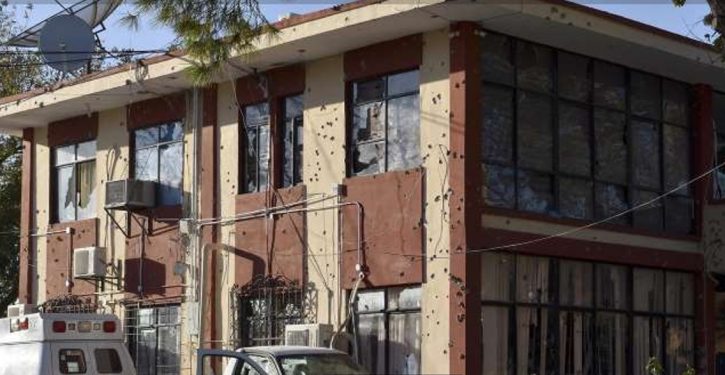 On 30 November, an attack force from a faction of Los Zetas cartel headed west from Nuevo Laredo, just across the U.S. border from Laredo, Texas, to initiate a battle with Mexican state security forces in the town of Villa Union.

The attack involved an intense gun battle in the city center in Villa Union.  But there were also extended shootouts between the Zetas force and state police in the hours afterward, as authorities chased the cartel attackers around the countryside. The Mexican army dispatched helicopters to help police with the situation.

In all, the death toll was 19, including 4 state police officers and 2 civilians reportedly kidnapped and killed by the cartel thugs (some reports indicate up to 23 killed).

The early U.S. reporting suggested the cartel force used at least 14 vehicles to transport a contingent of about 150 gunmen.

On Tuesday, Breitbart’s Ildefonso Ortiz and Brandon Darby reported that the governor of Coahuila, Miguel Angel Riquelme, had told Mexican media the cartel force crossed the U.S. border – i.e., entered Texas – on its way from Nuevo Laredo to Villa Union.

Coahuila Governor Miguel Angel Riquelme revealed that state authorities arrested two gunmen from the Cartel Del Noreste (CDN) faction of Los Zetas who disclosed their convoy consisted of approximately 25 SUVs carrying at least six shooters apiece, Zocalo reported. The gunmen took various dirt roads as they made their way to Villa Union, where they fired repeatedly at the city hall building, torched police cars, and then engaged authorities in a fierce gun battle.

In a later update, Ortiz and Darby quoted an account of Riquelme’s remarks from news agencies El Norte and Reforma:

They [the cartel forces] go around through the U.S. part and they enter directly to the ranches in Coahuila towards Villa Union.

The update was published later on Tuesday, after Riquelme “corrected” his comments to withdraw the claim that the force had crossed the border.

As Ortiz and Darby make clear, however, that was the original claim, which cited other details about the force’s moves and intentions.

Ortiz and Darby evince some skepticism about the withdrawal of the claim.  Although they don’t give it much attention, the Washington Post article (link at top) makes more of the fact that the Trump administration is eyeing a terrorist designation for some of the cartels – a move that would give the president latitude to order operations that cross borders.  The Lopez Obrador government in Mexico City opposes the designation, and would be likely to suppress reports that cartel forces had entered U.S. territory from Mexico, even if they’re true. (Click on any map/image below to enlarge for better viewing.)

Without judging one way or the other as to whether the border excursion occurred this past weekend, we can look at the geography of the attack and ponder the feasibility of the allegation.

It is pretty obvious that it’s feasible.  The description of the intended final approach to Villa Union – on dirt roads, “through the ranches” – fits the terrain between the border and the town.  Using those back roads and going through the ranch lands would enable the attack force to avoid Mexican highway 2 and state highway 15, which runs through Villa Union.

For maximum surprise in the approach, emerging from the network of dirt roads, accessed from remote border crossing points, would be ideal for the attack force.  As Ortiz and Darby note, “Certain portions of the Rio Grande are shallow enough to allow a four-wheel drive vehicle to cross even without deploying a makeshift bridge.”

These Google Earth satellite images show representative areas along the lengthy stretch of the Rio Grande between the Laredo-Nuevo Laredo and Eagle Pass-Piedras Negras crossings.  In addition to shallow spots, sandbars, and islands in the river, there’s another handy feature: no barrier at all at the international boundary.  It’s wide open.  There are networks of dirt roads on both sides, some of them with tree lines that would make it easier for a vehicle convoy to avoid surveillance.

Attorney General William Barr is to meet with “[Mexican] President Andrés Manuel López Obrador as well as the foreign minister, attorney general and others in law enforcement” on Thursday 5 December, according to the San Diego Union-Tribune.  The Trump administration is looking to increase cooperation with Mexico to put down cartel activity and reduce the growing threat of armed conflict close to the U.S. border.  It won’t be a moment too soon. 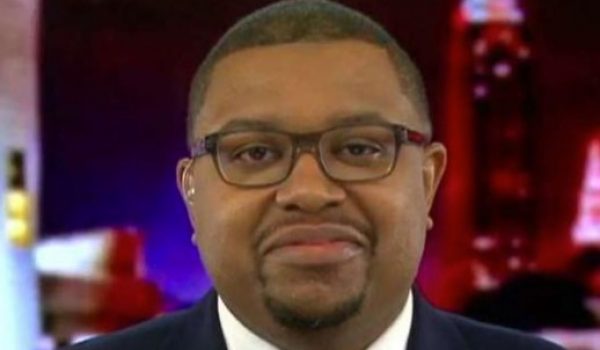 Reason Kamala Harris dropped out of race was that blacks vote in lockstep with whites
Next Post
Barr warns: Communities that don’t respect law enforcement may not get police protection