When you’re in business there are some things that go without being said. For example, when Twitter recently changed its terms of service making some posts on child sexual exploitation permissible, they assumed end users would get the message, which is that “artistic depictions of nude minors in a non-sexualized context or setting may be permitted in a limited number of scenarios.”

When it comes to Christmas gifts, toy makers didn’t need to be told twice that items glorifying guns or war (think G.I. Joe) were off limits, while same-sex Barbie or “hijab Barbie” were welcome stocking stuffers.

So who at Amazon screwed up on the Auschwitz Christmas ornaments and bottle openers? Why weren’t these blatantly offensive items banned before they were ever advertised? Why did it take a tweet from the Auschwitz Memorial to inform the retailer they had crossed a line?

Selling "Christmas ornaments" with images of Auschwitz does not seem appropriate. Auschwitz on a bottle opener is rather disturbing and disrespectful. We ask @amazon to remove the items of those suppliers. https://t.co/0uG2JG558e pic.twitter.com/ucZoTWPk1W

In case you thought the gesture couldn’t get more tasteless, one of the hideous trinkets appears on a six-sided star: the shape of the Star of David.

According to the Washington Examiner, one of the ornaments, photos of which have since been removed, contains “an image of barbed wire and brick buildings. The description reads, ‘Ideal for city souvenirs, to commemorate and collection [sic] the cities you have visited.'”

You have to give credit to whoever dreamed up what was probably intended as a “harmless” prank for his success in having desecrated two religions — Christianity and Judaism — in a single boorish act.

Lisa Page: ‘There’s no fathomable way I have committed any crime at all’
Next Post
Cartoon of the Day: A more inconvenient truth 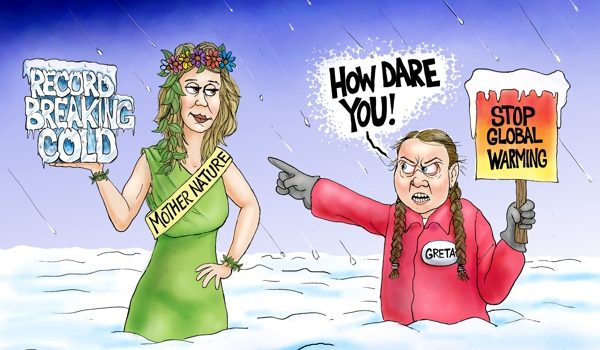