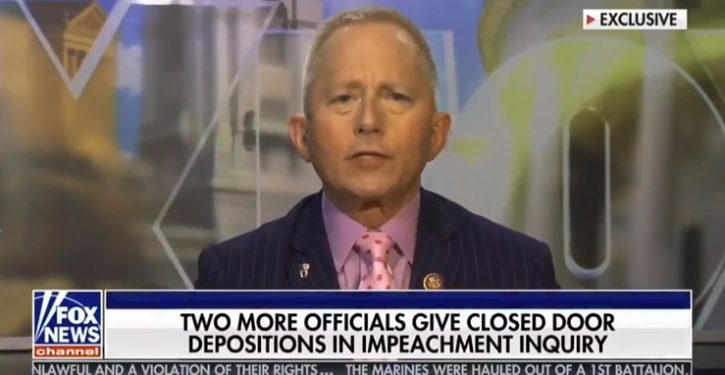 Democratic Congressman Jeff Van Drew claimed this weekend that his colleagues are privately concerned over impeachment proceedings and simply want to “move on.”

Van Drew, one of only two Democrats to vote against the impeachment inquiry, said that members of his own party are voicing concerns over the media circus.

Van Drew made the comments during an interview with Fox News host Maria Bartiromo.

“There is some discussion among some of them [my colleagues], quietly, privately, of concern certainly,” he admitted. “I mean, what I’m hearing out in the street is they’re kind of tired.”

“They’re kind of worn out. They’re kind of bored, most folks,” Van Drew added. “And they really want to move on unless there’s something new and amazing. We know the end game here.” (RELATED: Video Shows Adam Schiff Mugging For Cameras At Impeachment Hearing)

There is *bipartisan* opposition to Pelosi and Schiff’s impeachment charade.

Even Democrat Rep. Jeff Van Drew says that it is “fracturing the nation.”#StopTheMadness pic.twitter.com/0jydXLJxjX

Van Drew didn’t hold back much of anything when it came to criticizing the impeachment proceedings being spearheaded by House Speaker Nancy Pelosi and House Intelligence Committee Chairman Adam Schiff.

His view is that the American people should have the say in President Trump’s fate and that Democratic leadership is actually splitting the country apart even further.

“We’ve spent millions of dollars, in my opinion, tons of money, tons of time, tons of hurt, fracturing the nation apart. I haven’t seen this to be a good thing.” (RELATED: Trump’s Campaign Says POTUS Raised $3 Million After Democrats Voted On Impeachment Inquiry)

Accuses Them of Disenfranchising Voters

Van Drew also noted something that Democrats used to believe about impeachment once upon a time. Namely, without tangible high crimes and misdemeanors, their effort to undo the election is a slap in the face of voters.

“You don’t disenfranchise voters, millions upon millions of voters. Voters choose their leaders in America,” the New Jersey Democrat chided.

It’s funny, top House Democrats would have agreed wholeheartedly with that notion if it were a fellow party member being impeached.

House Judiciary Committee Chairman Jerry Nadler, a driving force behind the impeachment of Donald Trump, once echoed the very same sentiments when Bill Clinton was the target.

“They knew quite properly that an impeachment of a president is an undoing of a national election,” Nadler argued. 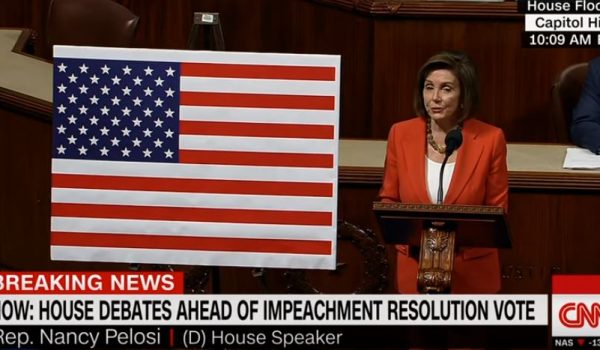