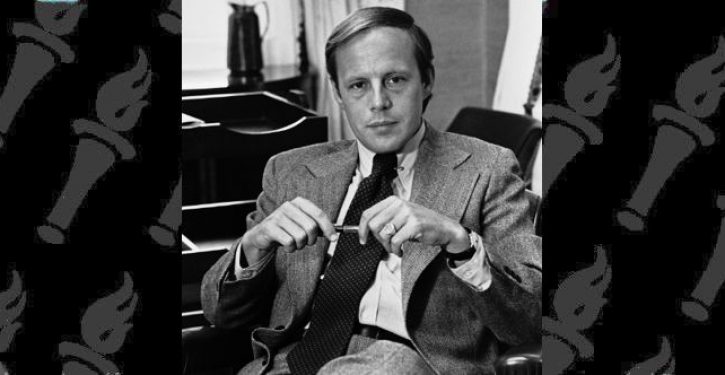 John Dean, then (Image via Wikipedia)

John Dean, the former Nixon White House official famous for his role in the Watergate cover-up, said Saturday that he believes President Donald Trump should have been impeached as soon as he took office.

“I think this president probably should have been impeached the day he walked in,” Dean said in an interview on CNN.

“He’s incompetent. He has a terrible attitude. He doesn’t understand government. He is in there trying to build his own brand, and he’s taking advantage of the office from day one.”

Dean’s remarks lend credence to the GOP claim that Democrats have wanted to impeach Trump since he took office. House Democrats are leading an impeachment inquiry against Trump over his actions toward Ukraine. Public hearings started with testimony from three diplomats who criticized Trump’s policies towards the Ukrainian government.

“It’s just kind of caught up with him with this incident,” Dean said. “What has — the Ukrainian incident forcing the Congress to take action. He is still looking at about 10 instances of obstruction of justice from the Mueller report.” (RELATED: Trump Dismisses ‘Loser’ John Dean)

Dean, who was former President Richard Nixon’s White House counsel from 1970 to 1973, pleaded guilty during the Watergate investigation to obstruction of justice. He admitted to helping cover up payments made to five burglars who broke into DNC headquarters June 17, 1972.

Dean ended up serving four months in jail for the felony charge. He was disbarred, and has worked in investment banking in the post-Watergate era. He has also found a career as a critic of Republican presidents. He was heavily critical of George W. Bush.

In addition to frequent appearances on CNN, House Democrats had Dean testify June 11 in an attempt to make the case that Trump committed obstruction of justice during the special counsel’s investigation. He also testified as a witness for Democrats on Aug. 31, 2018, in a confirmation hearing for Supreme Court Justice Brett Kavanaugh.